55 Out of Out Of 100 Babies breastfed in Nepal: UNICEF 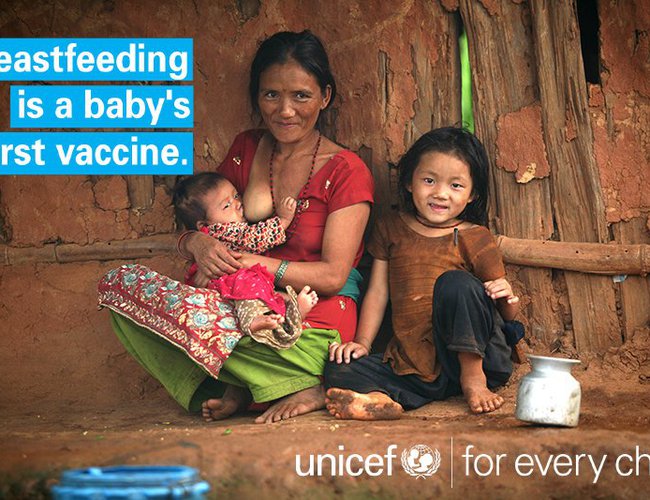 “The estimation of babies worldwide, not being breastfed within the first hour, is 78 million – or three in five – and most of these babies are born in low and middle-income countries,” reports UNICEF.

According a new UNICEF and WHO report Capture the Moment: Early initiation of breastfeeding – the best start for every newborn, the newborns who are breastfed within the first hour of life are significantly more likely to survive. Even a delay of a few hours after birth could pose life-threatening consequences. Skin-to-skin contacts along with suckling at the breast stimulate the mother’s production of breast milk, including colostrums, also called the baby’s ‘first vaccine’, which is extremely rich in nutrients and antibodies.

“When it comes to the start of breastfeeding, timing is everything. In many countries, it can even be a matter of life or death,” says Henrietta H. Fore, UNICEF Executive Director. “Yet each year, millions of newborns miss out on the benefits of early breastfeeding and the reasons – all too often – are things we can change. Mothers simply don’t receive enough support to breastfeed within those crucial minutes after birth, even from medical personnel at health facilities.” 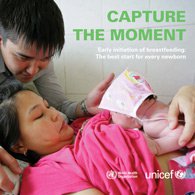 According to the Nepal Demographic and Health Survey 2016, the initiation of breastfeeding within the first hour of life is highest in Province 7 (70.7 per cent) and lowest in Province 2 (45.3 per cent). Nearly half of the babies born in Province 2 receive non-breast milk feedings during the first three days of their life, such as honey, water and milk. This is six times more than in Province 7.

“Breastfeeding gives children the best possible start in life,” says Dr Tedros Adhanom Ghebreyesus, WHO Director-General. “We must urgently scale up support to mothers – be it from family members, health care workers, employers and governments, so they can give their children the start they deserve.”

Capture the Moment, which analyzes data from 76 countries, finds that despite the importance of the early initiation of breastfeeding, too many newborns are left waiting too long for different reasons, including:

The report urges governments, donors and other decision-makers to adopt strong legal measures to restrict the marketing of infant formula and other breastmilk substitutes. In Nepal, The Mother’s Milk Substitutes (Control of Sale and Distribution) Act, 1992, aims to provide safe and adequate nutrition to the infant by protecting and promoting the practice of breastfeeding, whilst regulating breast milk substitutes as well as the sale and distribution of infant foods.

Coronavirus: Study Suggests Elderly And Sick Are Most At Risk By NEW SPOTLIGHT ONLINE 4 hours, 35 minutes ago