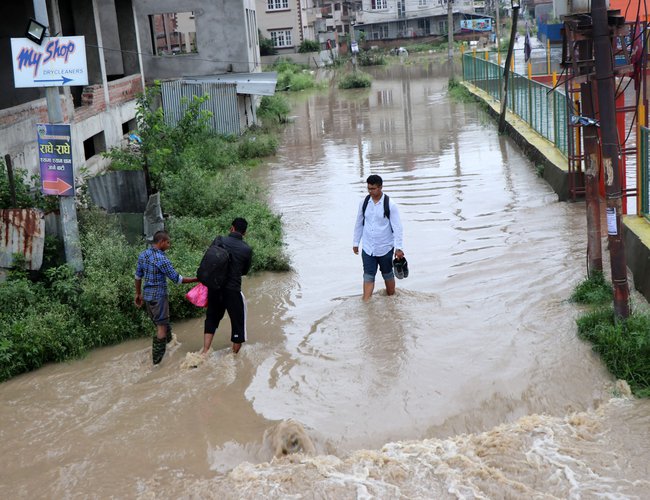 Flood has again inundated certain areas of Thimi and Sallaghari last night. According to police, numbers of houses in Radhe Radhe and Sallagharai areas were inundated by the flood caused by overnight rain.

According to a report published in Deshsanchar, 70 houses of Radhe Radhe area were inundated by the floods. Similarly, the flood water entered at the basement of a dozen of houses in Sallaghari.

Although the entire areas are the flood prone areas of Hanumante river, people constructed the houses rampantly in the areas.

Chinese Embassy Issues A Strong Protest Against An Article Published In English Daily By NEW SPOTLIGHT ONLINE 6 hours, 33 minutes ago