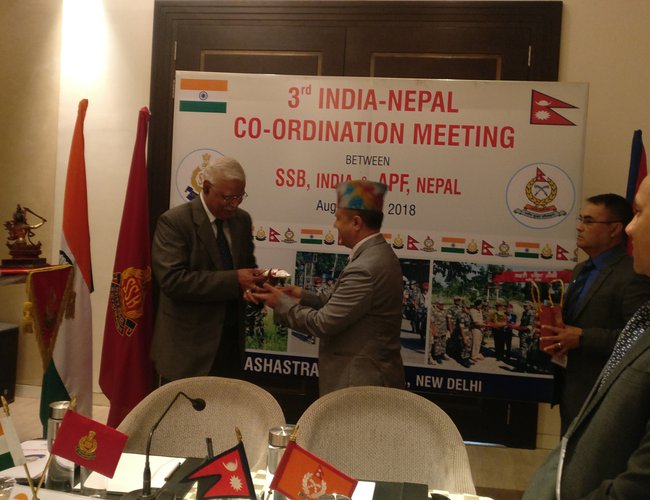 According to press release issued by Nepali Embassy in New Delhi, the meeting deliberated on security scenario at Nepal-India border and decided to take further measures for enhancing coordination and cooperation between the two border security forces.

Both sides agreed to hold consultations on regular and routinized basis at all levels - from leadership to BOP (Border Observation Post) on the ground.

The meeting agreed on smooth conduct of joint patrolling at the border to control possible cross border crimes including human and drugs trafficking, goods and arms smuggling. The meeting also agreed to focus more on training respective personnel on better people-friendly behavior.

In order to facilitate movement of people during the coming festival season, APF and SSB Help Desks will be established at major border points.

In addition, the meeting concurred to augment mutual exchange of training and exposure visits.

The next coronation meeting will be held in Nepal in a year's time.