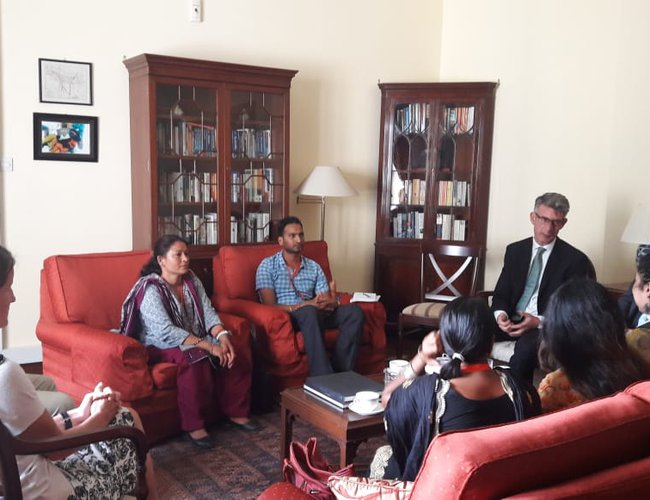 Gareth Bayley, Director for South Asia and Afghanistan at the UK’s Foreign and Common wealth Office, and British Ambassador Richard Morris, met families of disappeared people to mark the International Day of the Victims of Enforced Disappearances.

The families shared their accounts of the disappearance of their loved ones during the conflict and the pain they still feel, not knowing their fates. They expressed their hope that the transitional justice process would address their concerns and those of families like them.

According to a press release issued by British Embassy Kathmandu, ambassador Morris paid tribute to the courage of the families who continue to fight for justice for their loved ones. He welcomed the Government of Nepal’s efforts to review the transitional justice legislation and encouraged efforts towards a meaningful consultation process with victims, civil society and other stakeholders. He said it was important to allow space and time to address the issues raised, to ensure the transitional justice process engendered broad public confidence and truly brings closure to the wounds and grievances that persist from the conflict era.

Bayley was pleased to note the Government of Nepal’s commitment to review the transitional justice legislation, and said that the UK stood ready to support Nepal in establishing a credible transitional justice process that is in line with international law and human rights norms and standards.