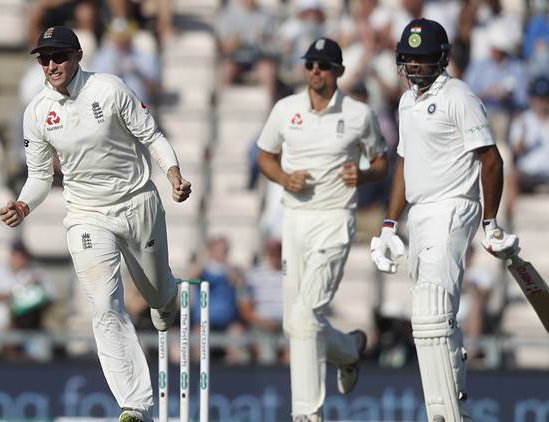 India were all out for 184 on Day 4 of the fourth Test against England and lost the match by 60 runs. Chasing a target of 245, the visitors suffered collapses on either side of a 101-run stand between Virat Kohli and Ajinkya Rahane. England have thus taken an unassailable 3-1 lead in the five-Test series.

India dismissed England for 271 in the early parts of Day 4. James Anderson and Stuart Broad swooped in on the top three. Shikhar Dhawan, KL Rahul and Cheteshwar Pujara were all dismissed after putting a collective 22 runs on board. Kohli and Rahane then dug in and dominated England for most of the second session. Kohli reached his 19th half-century in the process and crossed 500 runs in the series. But, just a few moments before Tea, he fell to Moeen Ali. 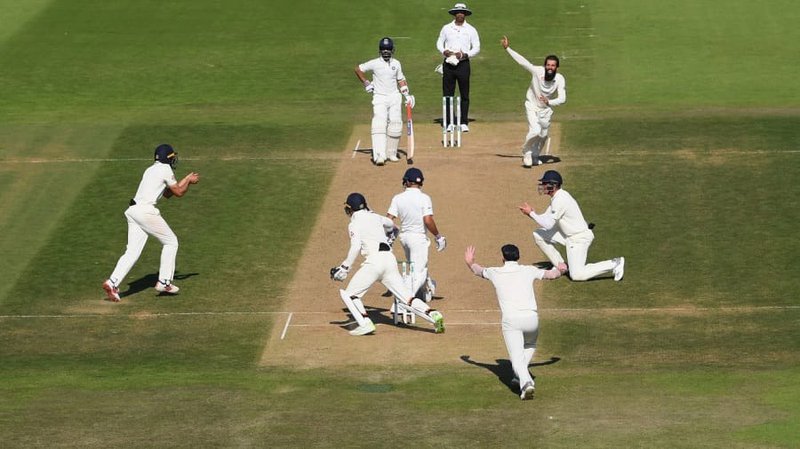 India then went through another collapse, going from 123/3 to 154/8 within the space of 12 overs. Most of the runs were made by Rishabh Pant. The wicketkeeper-batsman slammed 18 runs in 12 balls before falling to Ali.

Ali continued on his relentless run from the first innings. After taking a fifer then and ensuring that India’s lead doesn’t get out of England’s reach despite a brilliant 132 from Cheteshwar Pujara, he took four more wickets in the second innings, including those of both Rahane and Kohli. In addition to his bowling performances, Ali also played a knock of 40 as part of a crucial 81-run stand with Sam Curran that helped repair a tottering England innings. 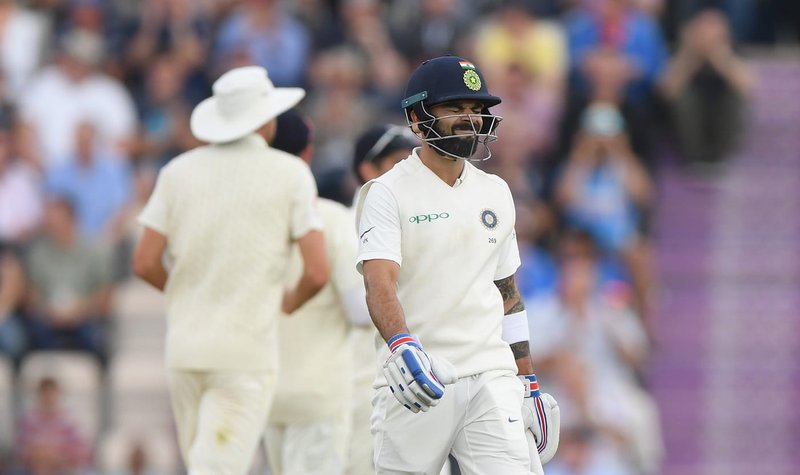 India had lost the first two Tests to concede a 2-0 lead, with the second being an innings defeat at Lord’s. But they seemed to have made a comeback in the series when they won the third Test at Trent Bridge by 203 runs. A win or a draw would have been enough for them to stay in the series. The fifth Test will be played at the Oval starting on September 7.