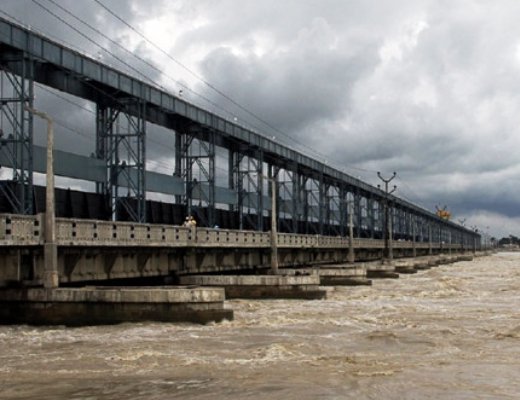 In recent years Kosi river matters are being widely debated in our country. Unfortunately there is still a great deal of misunderstandings about the Kosi dam related matters and also the legal status of the Kosi. Surprisingly, even some renowned legal experts of our country wrongly denounce the 1966 amended Kosi Treaty, though in reality it is the best treaty enabling our country to fully protect our legitimate water right interest.

Very few might be knowing that even the Government of India had initially considered that implementation of the Sun-Kosi, Arun and Tamar storage dams could be a substitute for the Kosi Dam Project.

Present authorities should not forget that already in 1997 India and Nepal had signed an agreement to conduct detailed feasibility study of the Kosi Canal Waterway connecting Chatra with the Ganges. The canal waterway would allow very big river crafts to ply up to Nepal. Thus such canal waterway would be preferable to waterway using the natural course.

The Kosi Treaty was revised on 19th December, 1966. Nepal's full right over the Kosi River has been established in the revised treaty. The Article 4 ( i ) of the Treaty related with the water rights has been presented below:

We all know that Nepal was denied ADB financial assistance in implementation of the Kankai Multipurpose Project because we did not have a treaty on Kankai with India, which is downstream riparian country.

Flood control is the most important aspect of the Kosi High Dam Project. It can also be explained that implementation of the Sun-Kosi and Tamar storage dams could be a better alternative than the giant Kosi dam for flood control for a very long time.

Kosi River known as the SORROW OF BIHAR, just like the Yellow River of China also known as the SORROW OF CHINA, was infamous for changing its courses each time accompanied with enormous loss of life and property. Detailed prefeasibility study of the Kosi River was started by Indian Government towards the end of the British rule aiming to find long term solution to Kosi flood problems. A copy of the prefeasibility report of the Kosi river study dated 1981 was sent to our Government by the Government of India.

According to the above mentioned prefeasibility report Government of India had initially explored the possibility of building tributary dams to control Kosi floods. It is described in the Clause 2.3.3 of the prefeasibility report that tributary alternative was dropped because at that time suitable dam sites could not be located. "From this, it was concluded that it was not possible to construct 3 dams on the Sun Kosi, Arun and Tamar tributaries near Tribeni on geological and topographical grounds. Hence, investigations were concentrated on the single dam site"

If Kosi High Dam or dams across all three tributaries are built there would be release of huge quantity of clear water from the reservoirs during high floods, as a result there would be very serious retrogression problem downstream storage dams. The retrogression would be accompanied with complete siltation of lower reaches leading to submergence of vast area of lands.

In Boulder dam of the USA, the river bed immediately downstream dam was lowered between 6 and 14 feet within few years after the completion of the project, as a result at Needles, about 130 kilometers away, the river bed rose by 6 meters.

Thus two tributaries dams alternative would be a better choice

Policy makers of both India and Nepal might not have been properly briefed about the already signed 1997 Kosi Study agreement to conduct detailed feasibility study of the Kosi navigation canal, as a result both our countries have recently announced to develop navigation by using the natural course itself of the Kosi river. We should not forget the fact that the Kosi River is expected to dry up in greater part of the year as a result of heavy withdrawal of water for irrigation.

The specially designed canal waterway to be simultaneously used for power generation and irrigation would allow very big river crafts to ply up to Nepal. The Upper Rheine waterway parallely used for power generation and also providing landlocked Switzerland waterway access to sea is a typical example of multipurpose use of the waterway. Thus Kosi canal waterway, that could be designed to operate 1500 tons barges, would indeed be preferable to waterway using the natural course.