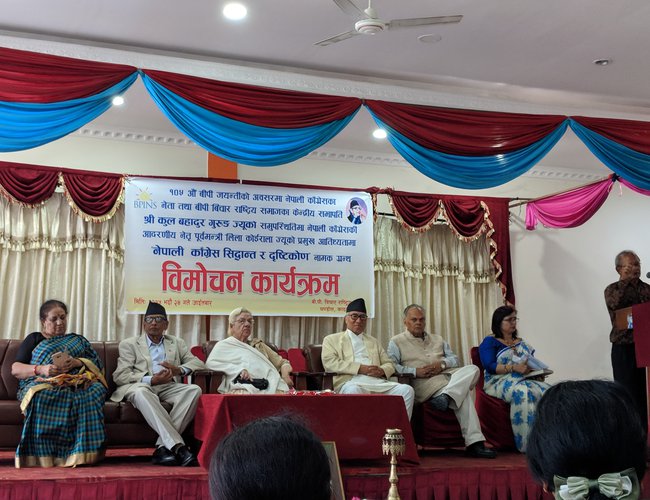 “It is unfortunate to say that our leaders betrayed BP’s ideology and interpreted on their own suite. We have already lost the time and now time has come to revive BP’s ideology and revive our party as its own glory and respect in Nepali society. For this we need to carry out the BP’s own national reconciliation theory not ours.”

“Some of our leaders and colleagues are trying to show that BP promotes secular, republican and federal. He never propounded this and he wanted a monarchy under a constitution,” said Joshi.

“BP never propounded the idea of Federal, Republic and Secular Nepal. However, his own brother agreed to this for the sake of power. Of course, our party has lost the elections but we can return in power. For this we need to review our wrong polices,” said Joshi who was also former Associated General Secretary of the party. “We are in do and die position.”

Former speaker of House of Representatives and former General Secretary of Nepali Congress Taranath Ranabhat said that BP Koirala’s ideology is only hope for the revival of the party. “There is no way other than to committee to BP Koirala for our revival.”

From the chair Kul Bahadur Gurung reminded the crucial period of BP Koirala and his decision which strengthen Nepali Congress and democracy in Nepal. General Secretary Binayadhoj Chand said that Nepali Congress seems to have realized the importance of BP. Koirala after its debacle in the general elections with communist.

Leela Koirala, former minister and widow of revolutionary leader Nepali Congress Saroj Koirala, said that NC leaders have to prove their utility respecting the path of BP Koirala. She reminded the days when his husband late Saroj Koirala’s words with BP Koirala on nationalism and democracy.

Various other speakers also highlighted the importance of BP Koirala. This is the second book on BP Koirala published by BPINS in a matter of year. “We will publish more books on him because there is bankruptcy of ideology in our party,” said Joshi. 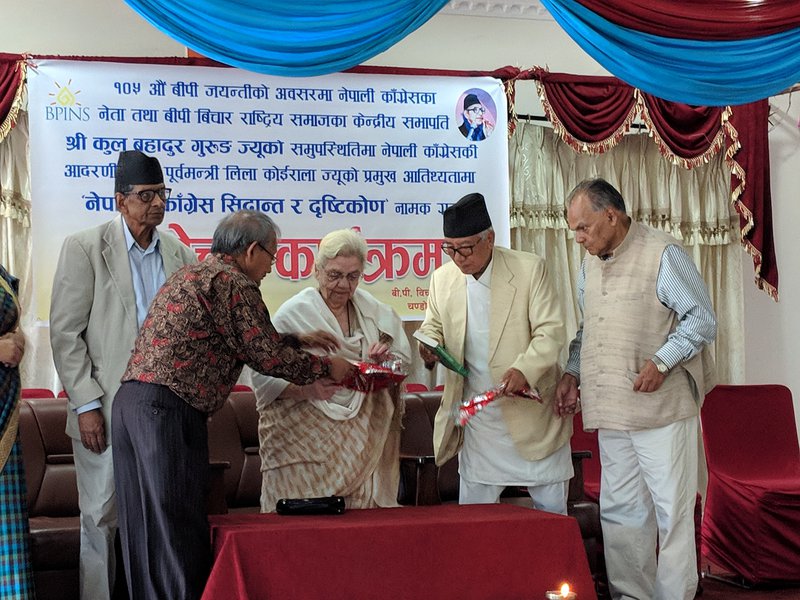 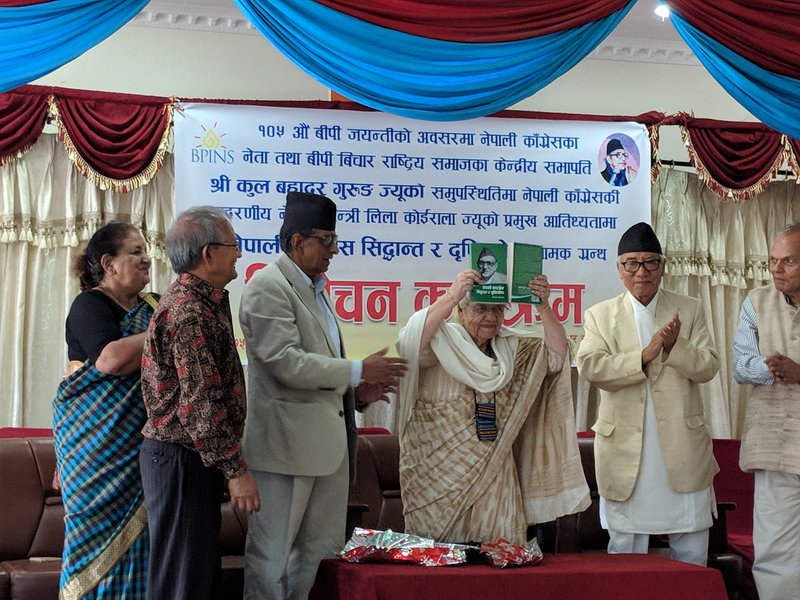 Nepal Extends Lockdown Until June 14 And Suspended All Flights Till June 30 By NEW SPOTLIGHT ONLINE 1 day, 2 hours ago

More Than Half A Million Nepali Foreign Migrant Workers Registered For Repatriation By NEW SPOTLIGHT ONLINE 1 day, 15 hours ago