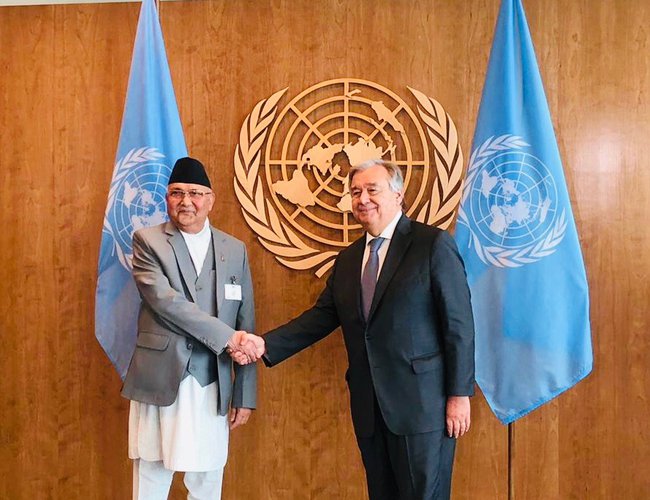 Likewise, Foreign Minister Pradeep Kumar Gyawali hosted an informal luncheon of the SAARC Council of Ministers on the sidelines of the UNGA. Foreign/External Affairs Ministers of the SAARC member states attended the session.

Opening the meeting, minister stated that SAARC process should be effective and result-oriented for the benefit of the people of the region. The Ministers participating in the session highlighted the need to effectively implement the decisions made by the Summits and other meetings of SAARC. The Meeting deliberated on various agenda pertinent to reinvigorating and reenergizing the SAARC process.

Minister also attended the annual Ministerial Meeting of the Group of 77 and China and intervened in an interactive dialogue entitled “Impact of Frontier Issues on Youth Employment and Productive Capacities”.

He highlighted that the importance of a coordinated approach for harnessing the multiplier effects of technological innovations, while fairly distributing the gains. This will ultimately help in achieving the Sustainable Development Goals, he added. Similarly, Minister Gyawali also delivered a statement at the High-Level Ministerial Meeting of the Group of Friends of Mediation. In his statement, the Minister mentioned Nepal’s distinct experience of managing conflict, while expressing Nepal’s readiness to share its national experiences, best practices and lessons learned in the larger interest of humanity. 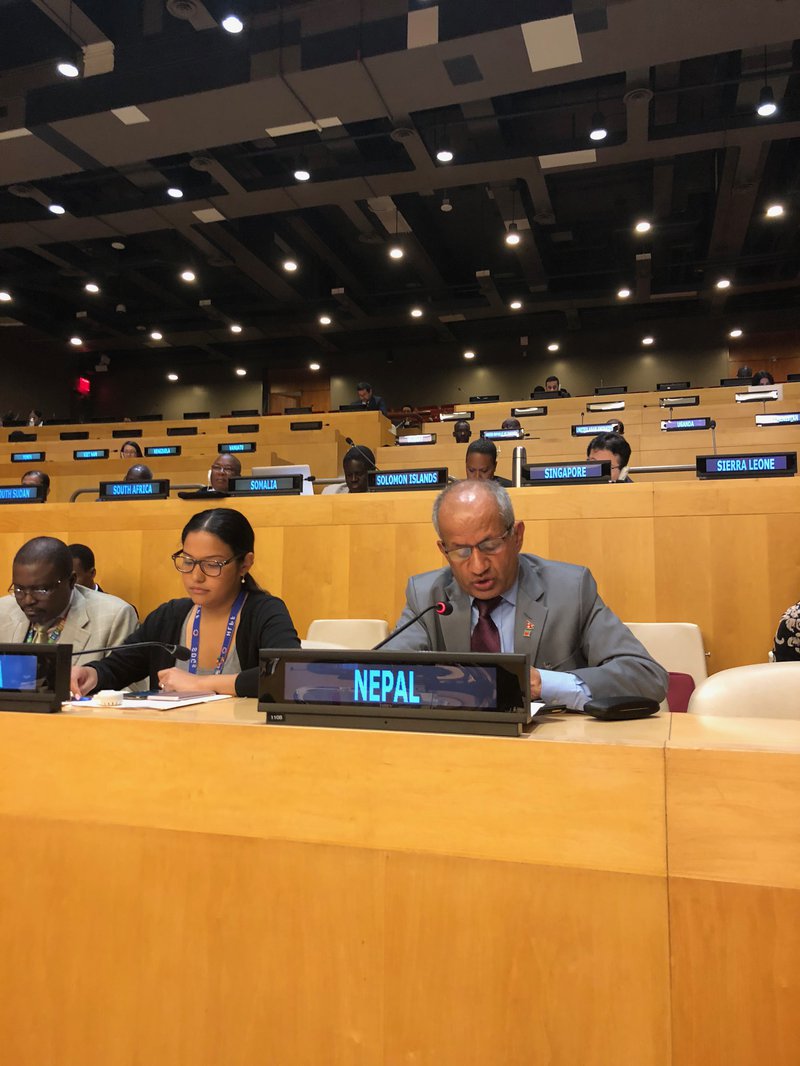 Also on the sidelines, Foreign Minister held a bilateral meeting with Nikulai Astrup, International Cooperation Minister of Norway, during which the two ministers discussed various matters including Norwegian cooperation in Nepal.

Later in the evening, Nirmal Raj Kafle, Chargé d’Affaires a.i. of the Permanent Mission of Nepal to the United Nations, hosted a dinner in honor of the Prime Minister and members of Nepali delegation to the 73rd session of the UNGA.

In his address, the Prime Minister highlighted the historic political transformation of Nepal culminating in the promulgation of the new constitution, the three-tier elections and the formation of a stable government. The Prime Minister said the vision ahead is of a “comprehensive democracy that empowers individuals not only politically but also socially, economically and culturally”. The pursuit of making the UN relevant to all people is well captured in the philosophy of ‘leaving no one behind’, and that reaching furthest behind first is not a luxury, he added.

While reiterating Nepal’s profound commitment to the principles and purposes enshrined in the UN Charter, he underscored the “centrality of the United Nations as the most legitimate multilateral forum to deliberate on the challenges that we all confront globally”.

He said that the “obligation of all Member States” is to “preserve the sanctity of multilateralism and uphold respect for international law”, adding that the problems that we confront today at global scale can only be overcome by global collaboration in absolute trust and confidence. Concluding his address, the Prime Minister said that the 21st century should rather be “a history of cooperation and harmony; of prosperity, inclusion and development; and of justice and fairness”.

The Prime Minister, while thanking the United Nations for lending its support to Nepal’s development and peace initiatives, talked about the important political gains Nepal achieved recently and the way forward for institutionalising them. The two sides also exchanged views on enhancing the effectiveness of UN peace operations as well as on Nepal’s role in the maintenance of international peace and security through peacekeeping.

Japan To Celebrate May 26 As “Hirotaka Takeuchi 14 of 8000m Mountains Summit Day By NEW SPOTLIGHT ONLINE 6 hours, 54 minutes ago