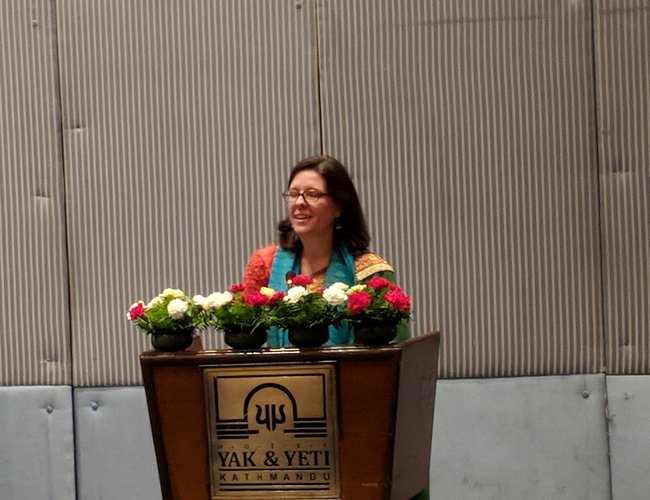 Executive vice president and Chief operating officer of the Foundation Siskel, congratulated Meghan for her new role and wishied every success in her new role.

According to The Asia Foundation, Nalbo brings over a decade of experience in governance and development in Asia, much of which was focused specifically on Nepal’s political transition. Prior to joining The Asia Foundation, Ms. Nalbo served as a Foreign Service Officer with USAID. Her work with USAID spanned over nine years, most recently as Director of the Democracy and Governance Office at USAID Nepal.

Nalbo was a Fulbright Fellow in Nepal in 2003-2004, holds a BA in Religious Studies from Bowdoin College in Maine, and an MA in International Affairs from Columbia University, New York.