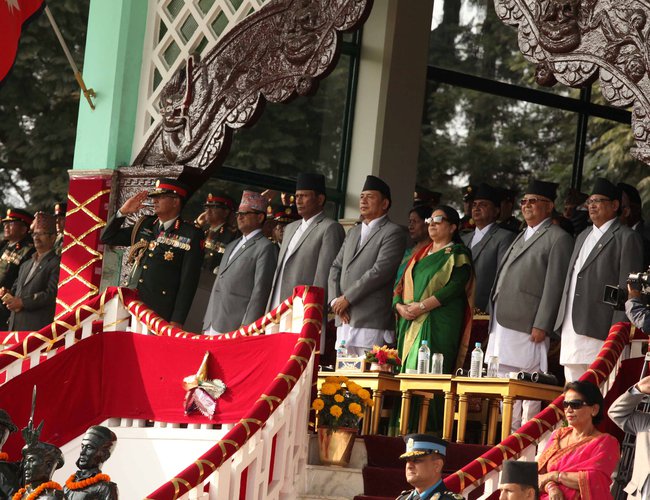 President Bidya Devi Bhandari and vice president Nanda Bahadur Pun observed the program. The NA presented a guard of honor to the President on the occasion. On the occasion, different units of the NA opened rifle and cannon salvoes in celebration.

They also held march-past, including the salutation march-past. The different companies of the Nepalese Army commemorated the occasion with a parade and forming an outline of the National Flag.

Present on the occasion was Prime Minister K.P. Sharma Oli, Chief Justice, speaker of the Parliament, the Deputy Prime Ministers, the government ministers, high-ranking government officials, the heads and representatives of diplomatic missions based in Nepal, the chiefs of the security bodies and dignitaries from a cross-section of society. During the ceremony, Chief of Army Staff (COAS) General Purna Chandra Thapa distributed various award to First Ranger Battalion and Mahabal Gan symbol and Professional Tournament 2074 to Kebaljung Gulma. He also conferred insignias to 26 Subedear and honorary second lieutenant post.

All government offices remain closed for five days from Fulpati to Dwadashi (second day after Tika).

Hindus across the country are preparing for Dashain Tika ritual along with family reunion. The tika is a mixture of rice grains, curd and red vermilion powder formed into a paste and put on the forehead as a blessing from Goddess Durga on the 10th day of Dashain festival. 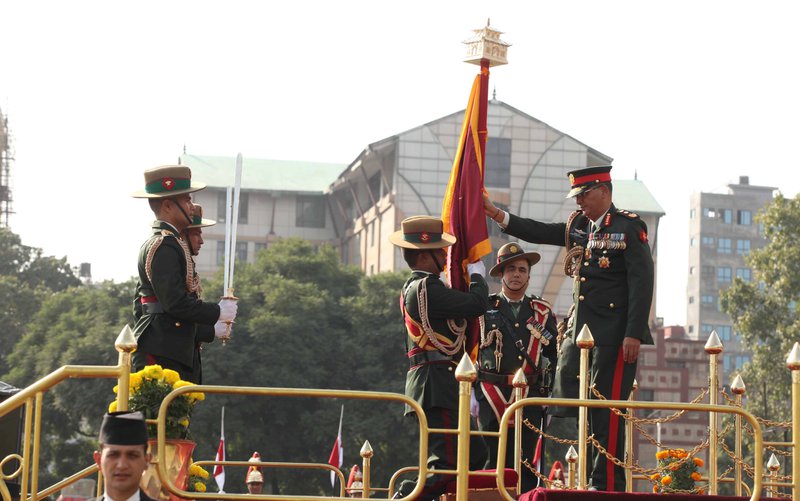 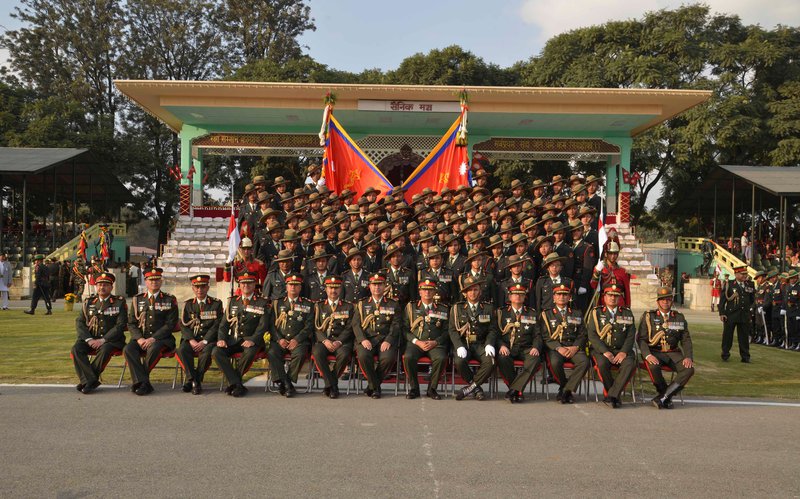 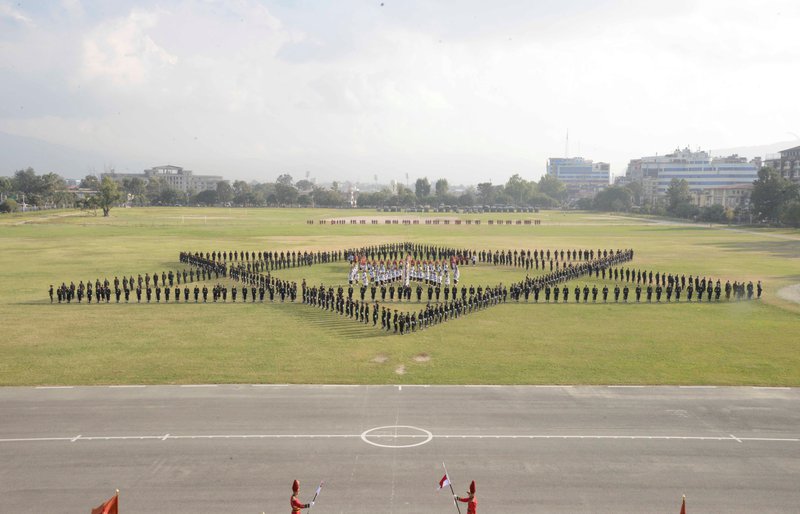 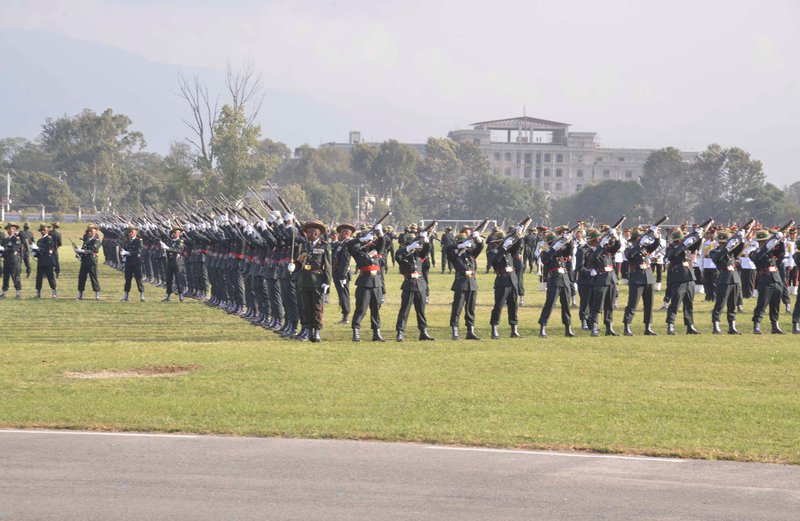 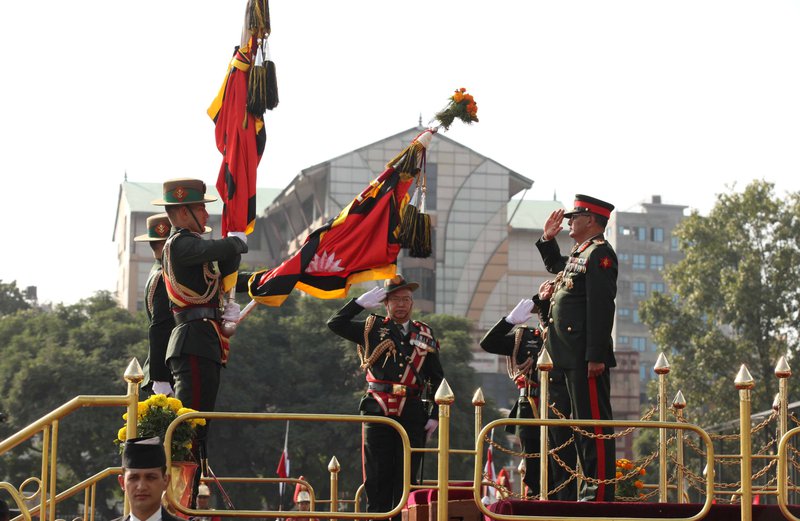