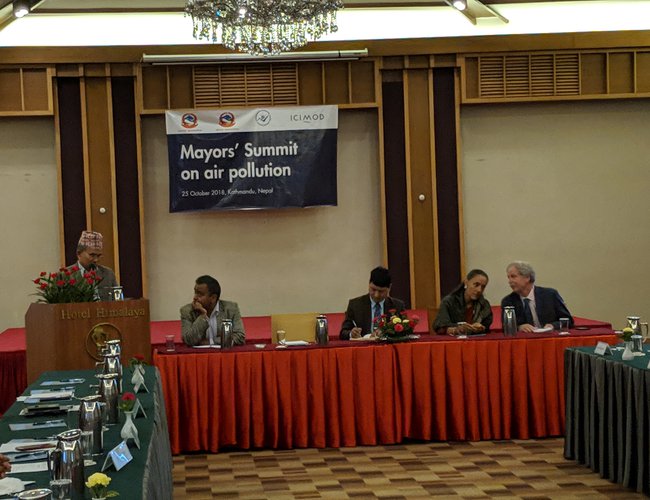 As Kathmandu’s air Quality is deteriorating affecting the life of people, eighteen mayors and deputy mayors along with government officials, international experts and national experts agreed to take necessary step to improve the quality of air.

Air pollution is a daily struggle for the citizens of the Kathmandu Valley, and we understand that the authorities are under intense pressure to address this complex problem. We strongly believe that there is hope that the problem can be significantly reduced, but this will require coordinated action across the valley that is based on scientific evidence.

During the two-hour event, there were short experts’ briefings on the current scientific understanding of air pollution, on the solutions that municipalities can implement, and on the regulatory framework within which we can work.

Ambassador of Mexico Ms. Melba Pria shared her experience about Mexico City’s effort. Mexico City is geographically very similar to the Kathmandu Valley – a bowl shaped valley with multiple municipalities. Twenty years ago it had the worst air quality in the world, but has since made remarkable improvements. 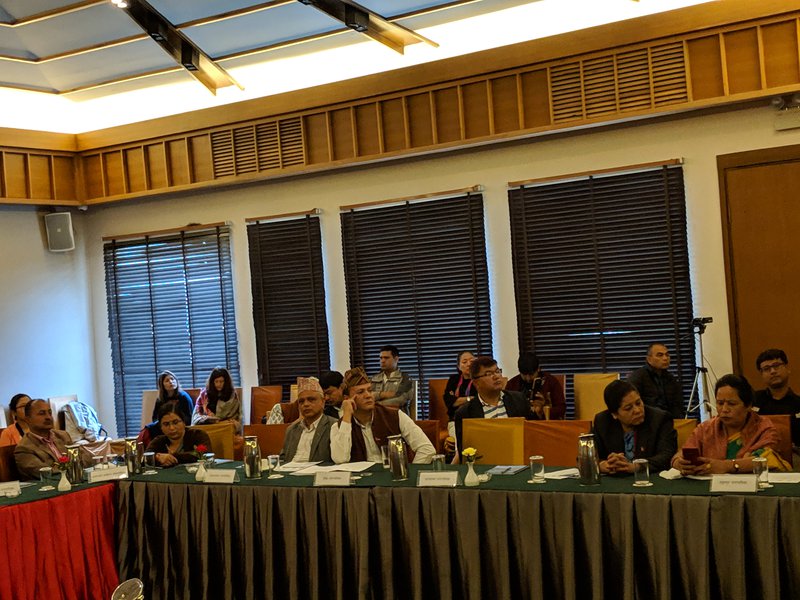 She shares how they have achieved the success making it as livable city from the worst city of the world.

Speaking the program Dr David Molden, Director General of the International Centre for Mountain Development, said the need to working together to fight against air pollution. 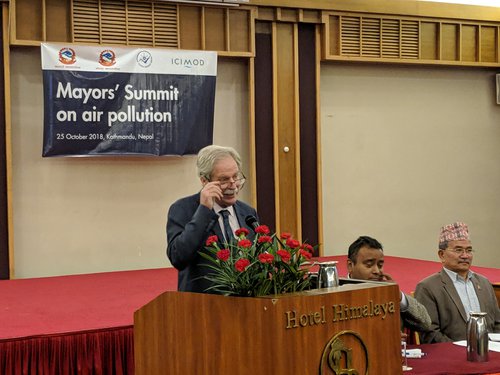 Presenting scientific paper Dr. Aranico Pandey, Atmospheric Scientist and Regional Program Manager at ICIMOD, delivered a presentation in the program explaining state of quality of air in Kathmandu valley and way to improve it. 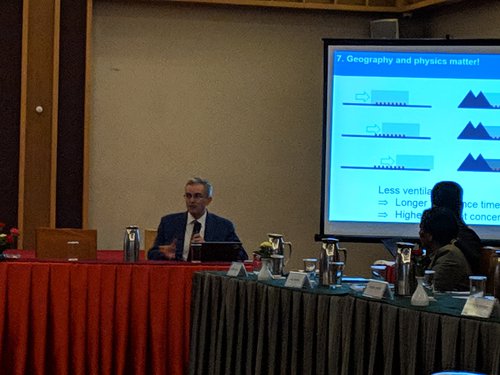 Bhushan Tuladhar, chairperson of CEN, said that the air pollution has now become the biggest challenges in the key urban areas of Nepal. Transport, area sources like open waste burning and stationary sources like industries. 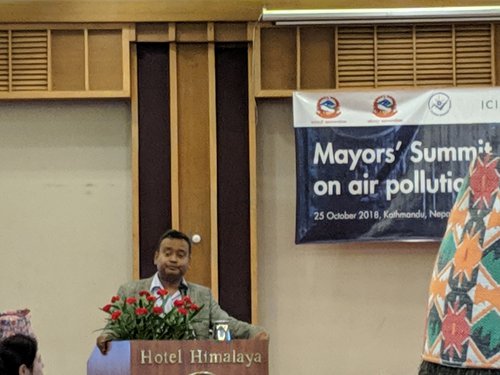 Among these, Kathmandu Valley has been suffering from the bad quality of air especially from transportation (vehicular emission) and open waste burning (CEN, 2014). Among various air pollutants, Particulate Matter is one of the pollutants that have been extensively measured in Kathmandu Valley as dust pollution is of major concern.

The global Environmental Performance Index (EPI) 2018 has also ranked the quality of air in Nepal among the lowest in the world. Time and again the media and other research institutes have been quoted “Kathmandu as 1st/3rd most polluted city in Asia or in the world. Although there are some debates on the Valley’s performance level, the truth is that the air quality of Kathmandu Valley is deteriorating with each passing day.

To address the increasing air pollution, the Air Pollution Control Taskforce, which consisted of environmental experts and senior government officials, submitted simple and doable actions that could be performed to control the air pollution in the Valley. This plan was submitted to the National Planning Commission, and its objective was to mainstream air quality activities with the rest of the annual government plans.

To directly mainstream the air pollution in Kathmandu City, the work plan intends to form a Strategy and Action Plan Implementation Coordination Committee and a Strategy and Action Plan Implementation Unit. As Nepal is implementing a three-tiered federal structure, newly elected government officials and newly created institutions are at the stage of devising and implementing different strategies to manage and improve Nepal’s air quality. Some of the Metropolitan Cities and the Municipalities of Kathmandu Valley have already shared their one year action plan and the policy for the air quality management.

But there is a lack of synchronized plan among the valley municipalities. Since the air pollution is a common challenge for all, a comprehensive and integrated Plan for Air Quality Management is needed. This can be possible only when the elected authorities sit together and discuss on a common agenda “Air Pollution Management”.

The ultimate goal of this program is to create a synergy between the municipal action plans to improve the Air Quality of Kathmandu Valley. The workshop focused on sharing how the agendas and commitments from the summit have been incorporated in the local level action plan and monitors their effectiveness in mitigating Air Pollution in Kathmandu Valley. 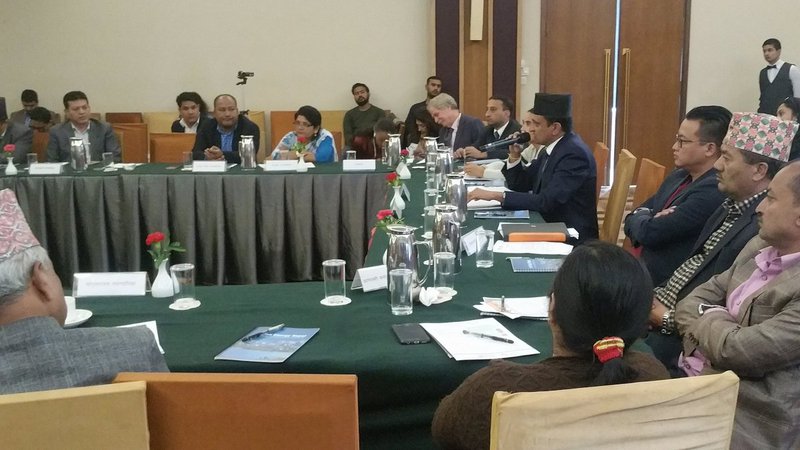