Nepal has a multi party system for some years. The manners in which the system has worked and the leaders have behaved under the garb of this system, doubt are being raised on its success. 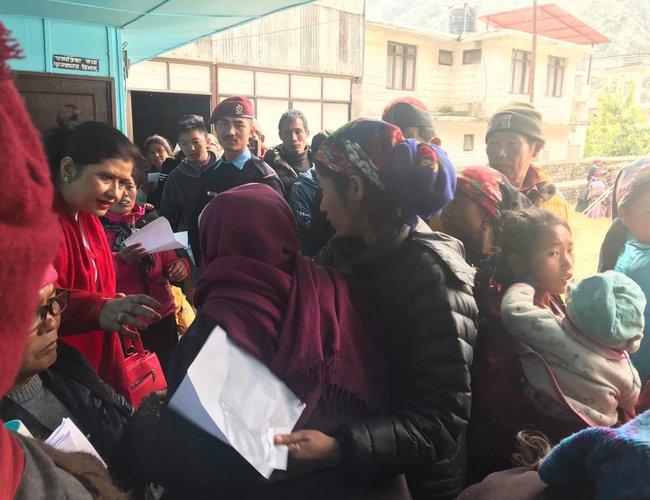 There is hearsay that when Babasaheb Ambedkar was requested by Pt. Jawaharlal Nehru to draft a constitution for independent India on West Minister model, Ambedkar, at first, did not acceptthe request manly on historical, social, cultural and economic grounds. He thought that on all accounts there was differencebetween the newly independent India and the United Kingdom of Great Britain and Northern Ireland. However on Pt. Nehru’s insistence, he took up the responsibility and drafted a west minister model constitution for independent India, which was later on adopted by the constituent assembly. Here it may be added that Jayaprakash Narayan –the great socialist leader, and some other political leaders, too,had a doubt of the smooth functioning the multi-party system in a country like India. In addition he had urged for introducing a "Partyless democracy "and a partyless type of government in India.

Nepal has a multi party system for some years. The manners in which the system has worked and the leaders have behaved under the garb of this system, doubt are being raised on its success. Because of these reasons, some sections of the society have the nostalgic remembrance of the Partyless democracy, the country had for three decades between the beginning of the 1960's and late 1940's. Others have started raising doubt whether Nepal could sustain the multi-party system, as it has, so far, failed to deliver the desired results and meet the expectations of the people? In this context, the question before us – should Nepali people is to remember popular saying, "Roaming and roaming near and too far, ultimately landing back to Rumjatar."[Ghumi firi Rumjatar] – i. e.,going back to the pre 1990 period? But that is not at all possible. Because, political party is an organized group of people who stand for certain principles and policies by whose operation they seek to promote the welfare of the country. Also, there is no doubt that political parties (as against small groups and factions based on personal allegiance instead of principles and programmes)render a valuable service in clarifying issues and policies and in carrying out the electoral mandates of the electorate. Without systematic guidance by political parties, the average voter would find himself entirely at sea. In other words, the political parties help individual voters to see their way through a maze of intricate and conflicting policies.They help to make the electorate’s opinion articulate and concrete. In this context and a country which has followed a party based political system, Nepal can't think of going back to the days of partyless political system.

But political parties have their dark side too. The party mentality is very often a partisan mentality, and the parties become corrupt and even exercise tyranny over their representatives in the legislature and also over the general public. The rigid party machine develops vested interests. Since its primary aim is to succeed in capturing power, it adopts all sorts of means, fair and foul, to secure it. Many of the dubious vote-catching devices which political parties adopt directly encourage corruption and spoil the moral and social structure. The party sprit often works up passions and prejudices. Parties corrupt the administration through the spoils system, as in the U.S.A. the party set-up leaves little room for individual initiative and independence of judgment.

In Nepal and where there is the multiple party system which complicates matters, confuse the voters each small group presenting in own programme and yet having little chance of forming the government. Hence there is a sense of irresponsibility. Where small groups unite and form a coalition. The government is always weak-kneed and unable to function effectively and with vigour. But it has also been seen or experienced that despite the fact that political parties have weakness, the party based political system has worked very successfully where there are only two major parties, as in Britain and the U.S.A., each functioning in a highly responsible manner since it provides a viable alternative to the party in power.

In sum, even though political parties have their drawbacks and suffer from many inhibitions, they are indispensable for a parliamentary democratic system, which Nepal has also adopted. It is, therefore, pointless to talk of a party less democracy in Nepal or anywhere else. The stress should rather be on strengthening the party system, by enforcing discipline and emphasizing programmes rather than personal loyalties, eliminating splinter groups, enlightening the electorate on the national issues and on the merit of the contending parties which alone should be the consideration for determining who deserves the vote. The failure of the party system in a country is a reflection on the people themselves.

While a partyless democracy cannot function, a partyless government generally can, at least for some time, since it would consist of independent unattached persons not owing allegiance to any particular political party but judging issues purely on merit, regardless of the ideological implications.

Choice For Equality or Stupidity
Jun 10, 2019
Can Socialism And Communism Sustain Sans Austerity?
May 21, 2019
Late King Birendra And His Demand For "Peace Zone"Status For Nepal.
May 15, 2019
Strengths Of A Gandhian Revolution
Oct 06, 2013