Choice For Equality or Stupidity

Young men have strong passions and tend to gratify them indiscriminately…hey are hot Tempered and quick Tempered ….they think they know everything and are always quite sure about it. This, in fact, is why they overdo everything. Aristotle 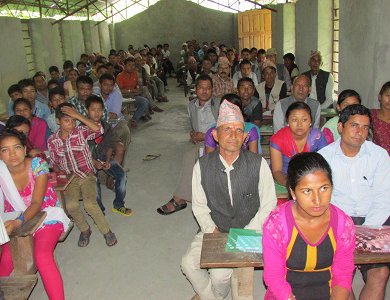 We continue to be told that university and college students are a different race, new breed without respect for the law, God or man; deaf to anything good, playthings in the hands of wily politicians and given wholly to riot and vandalism. Elders often lament Oh, it was very different in our times.

A variant version depicts the college and university students as a bright-eyed realist who see through the shams of our outworn social and educational traditions to a brave new world in which reason and justices will prevail. This notion is not entirely new either. It is usually voiced by inexperienced teachers who cannot distinguish between tall-talk and genuine intellectual activity.

It requires no genius to be dissatisfied with the world .Only a dim wit could consider the world a satisfactory place. But only the very young can ardently believe that utopia is only five politicalized demonstrations and three riots away .Until they think the hard way and work patiently to create a tolerable society ,their sound and fury will signify nothing.

Some of the young of the present generation do put their efforts where their mouth is and join some social service scheme and other praiseworthy projects but a majority still clamors for pass without examination, admission to higher classes without hard work. They reveal in the gospel of stagnation.

The second school of thought also holds that the new generation rejects the old system and demands an education relevant to the contemporary world. Some students seem indifferent to anything which in their narrow view does not light up contemporary scene. Great literately genius and iconic Bhanu Bhakta, Lekhnath, Devkota have nothing to tell them but detective fiction, cheap sexy books and glazy movie magazines have a lot to do for their taste. This attitude is far from modern.

Students today do not differ from the one, about fifteen years ago. They differ in such things as height of heels, length of trousers ,amount of hair on the head and chin ,but they still fall into three categories :those who may profit by the university education, those who are not ready for the university ,and those who never be. A typical student is too ill-informed to realize how important he is .He a curious mixture of brashness and un-sureness is. He thinks an education is a good thing if he does not have to work for it. And he is a vague idea of what education is. His concept equates it with a degree or a diploma.

Ignorance is the result of youth; of an educational system that employs the wash-outs of society as teachers .There has always been a dearth of good teachers. It is also a result of parents too ignorant or indifferent to contribute their share to the education of their children.

Our generation suffers from an educational curse. It is a stupid notion that one must have a degree or bow out from the race of life. This is the result of employment job link up. Education is not a value in itself. Tragedy is that it is no longer being a passport to employment, either. Hence students attitude of irrelevance to it .It has led to millions of teachers engaged in the fruitless task of adolescent babysitting for students who have no real desire for education. They hang out only for employment rather than dedicating themselves for teaching as a profession.

Another result of parental permissiveness is that the youngster often reaches college or university firmly convinced that actions have no consequences .If one’s convictions are sufficiently strong ,one should be prepared to suffer for them but the notion that he has a license to indulge in vandalism and strikes without suffering penalty is simply silly.

Student’s riots are a new phenomenon in Nepal. They protest against not only the examinations but also against state or national policies .A section of the community claims students are becoming more intellectual. Let’s hope they are. But one thing is certain: they are getting politicalized by selfishly election-oriented politicians and political parties.

Much student unrest stems from expecting too much from education .There is a tendency to seek quick and certain solutions to our problems. The university cannot furnish them. As a result students and more doctrinaire teachers gain influence ,and their followers become extremely vocal and occasionally riotous. Tiresome as these visionaries are, they will with us until society really puts its back into the solution of its problems.

Teachers should be better prepared .Only the most naïve expect to turn an ignorant and brash Youngman into a scholar and rationally thinking person in lectures a week. Our best efforts in four or six years of schooling produce a small percentage of graduates capable of rational thought. Each year the task must begin a new as a fresh horde comes to college or

University. Solution lies in providing vocational track to those who do not qualify for general college and university education.

China’s Rapid Transformation And Lessons To Learn By Krishna Silwal 12 hours, 3 minutes ago