Late King Birendra And His Demand For "Peace Zone"Status For Nepal.

The Nepal King's demand for a peace zone may have a great impact on India's relations with the Himalayan kingdom.Lately,China has been earnestly wooing Nepal,promising it all sorts of economic and other assistance,in a bid to oust India as the principal benefactor.But the Switzerland-type status for Nepal would not suit either India or China 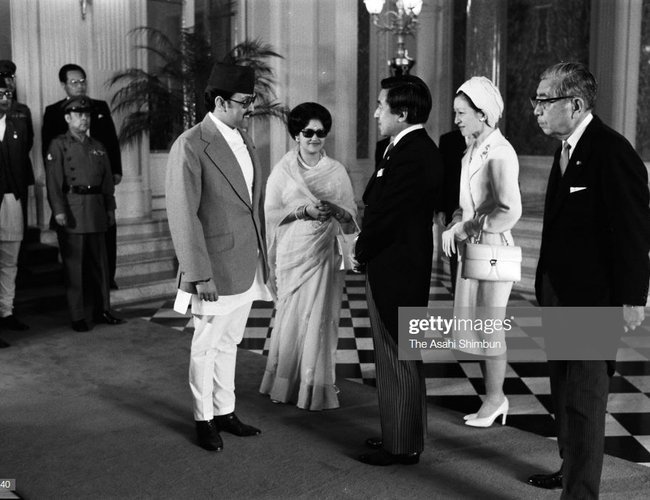 Addressing foreign dignitaries gathered in Kathmandu for his coronation towards the end of February 4,1975,King Birendra of Nepal demanded that his mountainous kingdom,sandwiched between two Asian giants {india and China},should should be declared a "Zone of peace".He did not give clarifications,but it was evident that he wanted to be on good terms with both the countries and to derive the maximum benefit out of them without pledging political support to either.

The king reaffirmed Nepal's policy of non-alignment and said he wanted to "institutionalise"peace."WE are not prompted out of fear or threat from any country or quarter ,"he declared.He obviously believed that only in a peaceful atmosphere would his kingdom be able to create political stability in the region.As heirs to a country that has lived independence,"We wish to see that our freedom is not thwarted by the changing flux of time when conciliation is replaced by belligerency."

The Nepal King's demand for a peace zone may have a great impact on India's relations with the Himalayan kingdom.Lately,China has been earnestly wooing Nepal,promising it all sorts of economic and other assistance,in a bid to oust India as the principal benefactor.But the Switzerland-type status for Nepal would not suit either India or China .Besides,there is Indo-Nepal Treaty of 1950 by which the two countries are obliged to undertake consultations whenever faced with any external threat.The citizens of both countries have certain special privileges enjoyed only by their nationals in each other's territory.It is believed that if China insists ,Nepal may have to abrogate these treaties with India before China agrees to recognize it as a zone of peace.The King's announcement thus has important implications.

Nepal has used one more international forum to advocate the right of land-locked countries.A Nepalese delegation raised this issue at one of the conferences of the legal consultative committee of Asia and Africa at Teheran.

Nepal stressed that free access to and from sea was "a right"and not a "privilege"and that it was not subject to any bilateral agreement.The right to transit existed even without any agreement and Nepal should have no need ,as at present,to enter into any treaty or agreement with India for securing transit facilities ,according to the delegation.

Another principle of Indo-Nepal Trade and Transit Treaty to be countered by Nepal was that the right was not subject to any reciprocity as only modalities of how to execercise that right should form the subject-matter of any bilateral agreement.At present Nepal enjoys transit facilities through India by agreeing to reciprocate.

Book Nepal And The Great First World War By A Correspondent 20 hours, 42 minutes ago

Nepal In Political Turmoil After PM Calls For New Elections, Writes DW By Agencies 3 weeks ago

GYEONGGI-DO AND SUNWON-SI: Tale Of Development By NEW SPOTLIGHT ONLINE 3 months ago

COVID-19: Protecting Workers In The Workplace By Patrick Belser 9 months, 2 weeks ago