KUSUM SHRESTHA: A Symbol No More

Senior advocate and eminent constitutional lawyer late Kusum Shrestha has been a symbol as a lawyer, championing individual rights and constitutionalism 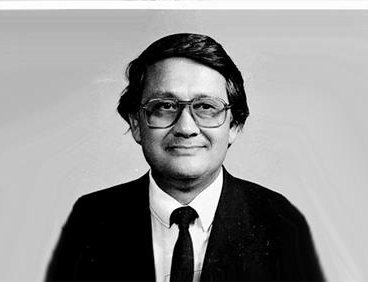 As Nepal is passing through a very critical phase of implementation of new constitution, the demise of senior advocate and constitutional lawyer late Shrestha is a major setback.

Spending entire life util a few days before death, Shrestha had brought passion in his profession with full commitment to the rule of law and constitutionalism. The eminent constitutional lawyer late Shrestha will be always remembered making most complicated and complex constitutional issue simple and understandable for common people.

As a lawyer, he had never discriminated any person on the basis of political ideology. He fought all the cases defending for the individual freedom and liberty. Although he was one of the most liberal lawyer and father of corporate lawyer of Nepal, most of the current set of lawyer associated with communist ideology is the product Nepal Law Firm.

Born in Bandipur in a family of renowned merchant, Shrestha did BL from Kolkata and started his law practice in Kathmandu establishing Nepal Law Firm with senior advocate Krishna Prasad Bhandari.

A champion of individual freedom and rights of the man, late Shrestha always stood firmly for rule of law and constitutionalism in Nepal. His constitutional article Metamorphosis’ of Constitution holds his view.

He travelled around the world and took part in several international conferences on constitution and law where he made efforts to expose Nepal’s constitutional development.

After the promulgation of interim constitution and subsequent activities, he was sidelined from the mainstream. Despite his health problems, he continued to attend his law chamber.

As a vigorous reader of English literature, senior advocate Shrestha interpreted the complex constitutional issues in simple term. A nature lover, he was a walker and visited all the corners of Kathmandu valley. Along with late senior advocate Sharma, late Shrestha also bought a land in Palubari where they discussed the constitutional issues and contemporary politics enjoying the nature.

In his last statement delivered before the promulgation of new interim constitution, Shrestha clearly spelled out that a constitution doomed to fail if it adjusts with geo-strategy and the reality of the country. He cited American scholar late Leo E Rose’s book, Strategy for Survival, saying that Nepal’s constitution needs to look at it. His article on Metamorphosis of constitution broadly elaborated how constitution evolves. He has made it clear that some of the constitution needs to be looked at for making any functional constitutional.

Founder of Supreme Court Bar Association and Nepal Law Society, late Shrestha also supported the professionalization of law sector in Nepal. Under the management of his closest Krishna Man Pradhan, Nepal Law Society has been supporting the process of institutionalization of constitution and under the leadership of his in-law and advocate Sudheer Shrestha and his younger son advocate Miraj Shrestha are carrying his legal legacy through Kusum Law Firm.

A die-hard lover of nature, Shrestha was a good trekker, who enjoyed walking and playing with mountains, trees, and rural surroundings. His personality was full of contradictions. He practiced most complex issue of constitutionalism and lived with paradise of nature and literature.

From the most traditional court system, from a closed Panchayat System to modern court following 1990 political changes, imminent constitutional lawyer late Shrestha has set landmarks pleading in his name.

Niranjan Koirala Is No More By A Correspondent 2 weeks, 2 days ago

In Memory Of Dr. Sukhdev Shah By Ambika P. Adhikari 3 months, 1 week ago

Yagya Prasad Acharya Is No More By NEW SPOTLIGHT ONLINE 3 months, 4 weeks ago