A Dangerous Pest Is On Its Way To Nepal 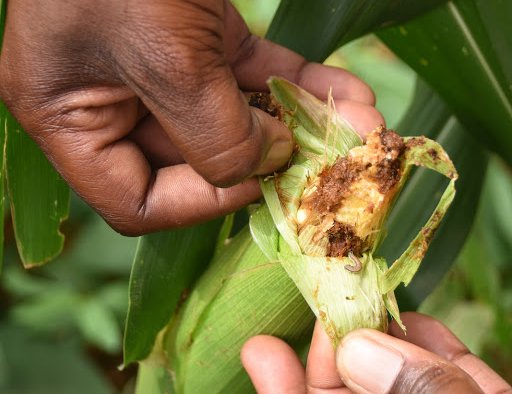 Scientists from the Feed the Future Innovation Lab for Integrated Pest Management (IPM Innovation Lab)are sending a warning to Nepal that the pest known for devouring fields of crops overnight could enter Nepal any day now, and preparations for its arrival are imperative for maintaining food security.

Pramod K Jha, an IPM Innovation Lab collaborator and Professor Emeritus of Botany at Tribhuvan University in Nepal, said that due to the climate and host plants of the lowland Terai and midhills, the two areas will be particularly vulnerable to the pest. “The fall armyworm will be especially harmful to Nepal as it destroys many crops, but maize primarily,” Jha said. “Maize is the third staple food crop in Nepal, grown in 0.89 million ha, with nearly three-quarters of that in the midhills. Loss in maize production due to the fall armyworm means a tremendous loss to Nepalese people, agriculture, and economy.”

The fall armyworm is a voracious pest that attacks hundreds of plant species. While maize is on the top of its menu, rice, millet, sorghum, and dozens of other important food and cash crops are as well.As the fall armyworm’s name suggests, the pest is formidable: it is a strong flier, thrives in harsh climates, reproduces in large numbers, and quickly builds resistance to pesticides.

In 2016, the fall armyworm reached Africa by way of its native home in the Americas;in just two years, it has spread to over 40 sub-Saharan African countries. Knowing the pest’s notoriety for moving from place to place, and fast, the pest’s invasion to India in May 2018 mobilized farmers and researchers across Asia to search for management solutions. The fall armyworm’s first stop in Asia was the major maize-producing Indian state of Karnataka,but has spread to numerous neighboring states like Tamil Nadu and Andhra Pradesh, where maize production is also significant.

“It’s only a matter of time before the fall armyworm reaches Nepal, where the uncertain weather and climatic situation already impairs the consistency of growing seasons,” said Muni Muniappan, director of the IPM Innovation Lab. “The pest’s damage is most extreme in its early life stages, so we need to prepare Nepal for a way to recognize it and subsequently combat it, before it might be too late.”

Recognizing the fall armyworm, which can cause up to 100 percent crop loss, is key to its management:

The fall armyworm may be discernible, but it is less easy to mitigate. The pest has caused billions of dollars in damage in Africa and an estimated 20% loss of maize. The IPM Innovation Lab and its collaborators are implementing a solution to the pest that works to overcome obstacles farmers and organizations have faced not just with the fall armyworm, but in combatting many agricultural constraints.

“Pesticides pose a health and financial risk for farmers and the fall armyworm is impervious to most of them anyway,” Muniappan said. “Botanicals, like neem, repel pests, but are often only effective for a limited time. Meanwhile, resistant crops could work, but might not account for the range of crops this pest devours. We think integrated pest management, with an emphasis on biological control, is the most effective way to combat the fall armyworm.”

Yes, the solution to a non-local bug problem, might just be the local bugs.

In Tanzania, Kenya, and Ethiopia, three countries the United States Agency for International Development(USAID) funds the IPM Innovation Lab to work in, the IPM Innovation Lab has initiated the release of natural enemies to combat the fall armyworm. The natural enemies are local to Africa, reducing the risk of turning a non-native species into an invasive one, and are mass-produced in a laboratory for optimum coverage. The process cuts down on pesticide use, and the natural enemies protect all crops from the fall armyworm, rather than just one. 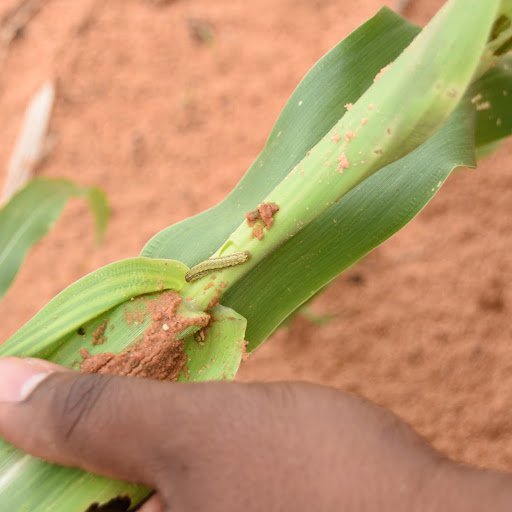 Along with biocontrol being low-risk for environmental and human health, the cost is also low, and the technology of mass multiplying natural enemies is easily transferrable. The IPM Innovation Lab and collaborators at the Feed the Future Innovation Lab for Collaborative Research on Sorghum and Millet, in fact, have already ignited the technology transfer of natural enemies’ production from Egypt to Niger to Kenya.

Luke Colavito, country director for iDE in Nepal and a collaborator with the IPM Innovation Lab, recently helped organize a fall armyworm workshop in Nepal, where government, private sector, USAID, and development organization stakeholders met to discuss potential solutions to the fall armyworm’s entry into Nepal. He noted that building off relationships that already exist in-country gives momentum to the task of managing the pest. “The fall armyworm is currently in India and expected to arrive in Nepal next year,” he said. “There is an opportunity to utilize last mile supply chains and approaches for the fall armyworm that were developed to cope with the tomato pest Tuta absoluta that arrived in 2016.”

A task force in exchange for a pest force—the Ministry of Agriculture and the Plant Quarantine and Pesticide Management Center (PQPMC) in Nepal are among the groups that will mobilize in the coming year to help Nepal prepare for the fall armyworm.

“Smallholder farmers in Nepal make their living on maize and other crops the fall armyworm attacks,” Muniappan said. “We have to find practical solutions relevant to their needs. We believe natural local enemies can be found in Nepal that will attack this pest, and we’re eager to find additional ways of ensuring that communities do not experience major losses from its spread.” 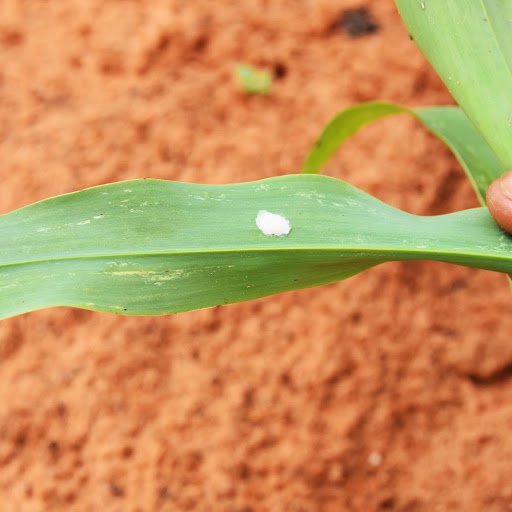 Already this year, the IPM Innovation Lab has facilitated the import of fall armyworm lures into Nepal and coordinated with government and development programs to begin monitoring the vigilant fall armyworm with urgent, ongoing, equally vigilant action.