Nepal And U.S. Agree To Take Their Relationship To The Next Level

Nepal And U.S. Agree To Take Their Relationship To The Next Level 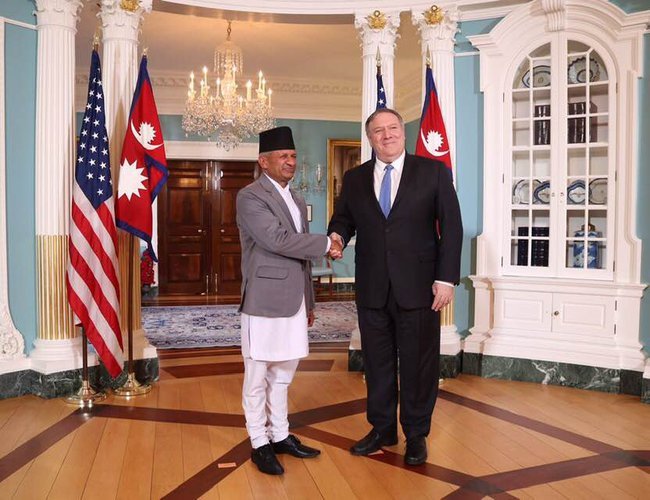 Nepal and the United States of America have agreed to wide and deepen seven-decade long partnership to take their relationship to the next level.

Minister for Foreign Affairs Pradeep Kumar Gyawali and the U. S. Secretary of State Michael Richard Pompeo had a productive bilateral meeting at the State Department in Washington D.C. this afternoon.

During the meeting, the overall state of bilateral relations and cooperation between Nepal and the United States of America was discussed. Minister Gyawali highlighted the priorities of the Government of Nepal in line with its goal to graduate from LDCs status at an early date and become a middle-income country by 2030.

They also exchanged on enhancing political relationship through exchange of visits and the ways and means for promoting economic cooperation between the two countries, with the particular focus on the areas of trade, investment and development assistance.

According to a press release issued by Embassy of Nepal Washington, the Foreign Minister and the Secretary of State also underlined the importance of early implementation of Millennium Challenge Corporation (MCC) Compact to realize the benefit it offers.

Prior to the Ministerial Meeting, Nepal-US political consultation was held at the State Department' The meeting was co-chaired by Foreign Secretary Shanker Das Bairagi and Acting Assistant Secretary for South and Central Asian Affairs Ambassador Alice G. Wells.

The agenda for discussion in the consultation meeting included policies and development priorities of Nepal implementation of bilateral agreements, updates on MCC Compact, peace process of Nepal' development cooperation, trade and investment issues as well as matters pertaining to regional and global affairs. Minister Gyawali arrived in Washington D.C. yesterday leading a Nepali delegation to participate in the bilateral meeting with Secretary of State Michael Richard Pompeo.

Minister Gyawali is scheduled to hold meetings with Chief Operating Officer of MCC as well as with senior officials from office of the Secretary of Defense and National Security Council tomorrow. 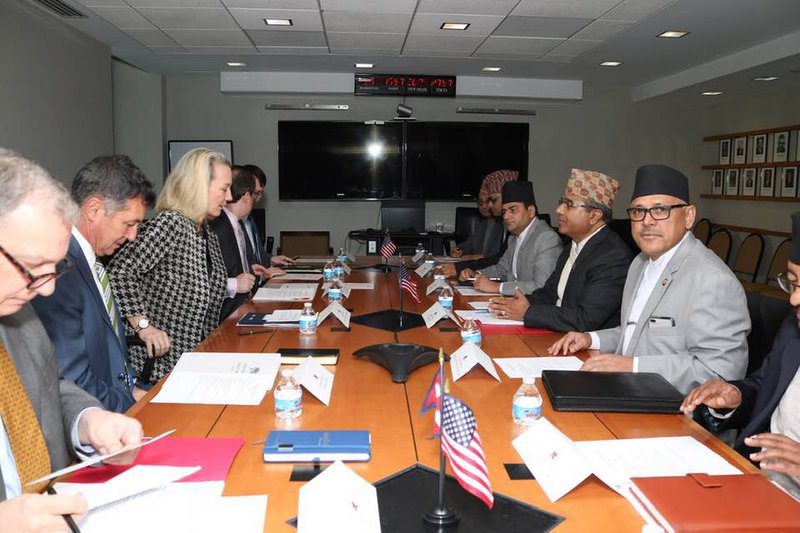 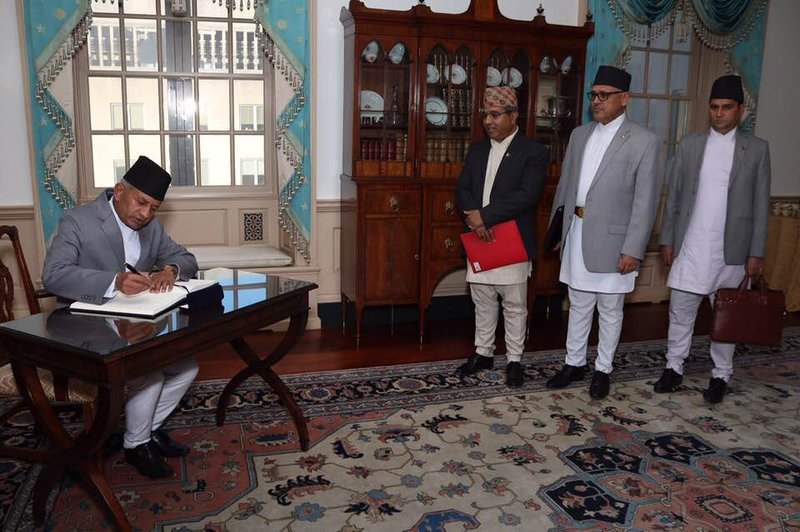 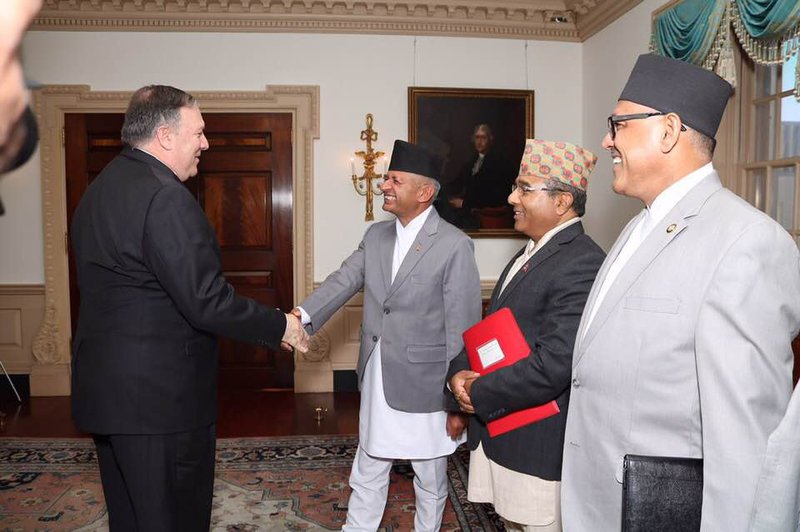