An IMF staff announcement shows Nepal’s economic growth likely to be over 6.5 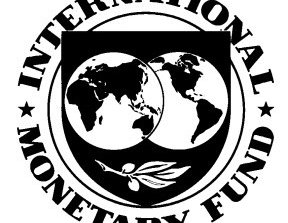 As Nepal’s political leaders are aspiring to achieve higher growth to qualify from the LDC to middle income country, IMF’s recent staff announcement has given a big hope.

“After a month-long discussion with various stakeholders in different parts of Nepal, IMF Staff Assessment team has declared that Nepal’s economic growth is expected to reach 6.5 percent this fiscal year, supported by greater political stability and a more reliable supply of electricity.”

The current economic expansion also comes with some challenges that need to be carefully managed. It is the IMF team’s assessment that a measured tightening of policies is warranted to safeguard macroeconomic and financial stability.

According to a press release issued by IMF Communications Department, actions to make Nepal’s economy more competitive and generate a more conducive environment for investment will remain critical to lift Nepal’s medium-term growth prospects and create jobs for its young population.

An International Monetary Fund (IMF) team, led by Geert Almekinders, visited Kathmandu and Pokhara during December 2-13 to hold discussions for the 2018 Article IV consultation. The team met with Minister of Finance Dr. Yuba Raj Khatiwada, Central Bank Governor Dr. Chiranjibi Nepal and other high-level government officials as well as representatives from the private sector and donor community. At the conclusion of the visit, Almekinders issued the following statement:

“Following a prolonged period of subdued growth, economic activity in Nepal has picked up in recent years. Supported by greater political stability and a more reliable supply of electricity, growth is expected to reach 6.5 percent in FY 2018/19, on expanding post-earthquake reconstruction activity, services, and manufacturing.

“The improved outlook provides an opening to address deep-seated structural weaknesses and boost long-term growth. At the same time, the current economic expansion also comes with challenges that need to be carefully managed. The fiscal deficit has risen substantially, reaching 6.5 percent of GDP in FY 2017/18, and credit growth has been high, accelerating to 25 percent most recently in October. The resulting expansion of domestic demand has contributed to a sharp increase in Nepal’s current account deficit, which reached 8.2 percent of GDP in FY 2017/18 and has led to some outflows of reserves. 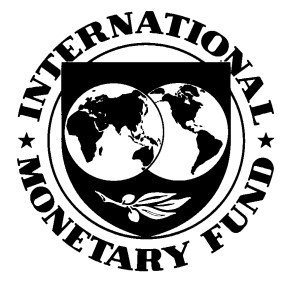 “To manage fiscal and external-sector pressures and promote a more durable economic expansion, the IMF team’s assessment is that a measured tightening of policies is warranted—higher interest rates, tighter macroprudential policies, and a smaller fiscal deficit than currently budgeted would be more suited to current economic circumstances. These adjustments would reduce pressure on the current account by constraining import growth and foster a pace of expansion more consistent with the economy’s current domestic productive capacity. Measured adjustments to policies today could pay dividends in terms of more stable and higher future growth.

“Good progress is being been made with putting in place the fiscal framework for Nepal’s new federal system, which has the potential to improve the quality and delivery of government services. As Nepal implements fiscal federalism, the general government budget envelope must not expand unduly. With substantial devolution of responsibilities and resources to local and provincial governments, ultimately the central government will need to shrink. In light of this, the team welcomes the authorities’ efforts to reform the tax system and review options to consolidate central government expenditure by forming the Public Expenditure Review Commission. To make fiscal decentralization work, it will be important to build policy implementation capacity and put in place a sound public-financial management framework at the sub-national level.

“While credit growth has helped spur growth over the past several years, the rapid pace of expansion raises stability concerns. Macro-prudential measures to temper excessive credit growth are appropriate to reduce risks to the economy. The team supports the authorities’ intention to maintain the 80 percent limit on the credit-to-core capital cum deposit (CCD) ratio. Pressures to make changes to the calculation of the CCD ratio to expand the room for credit growth should be resisted. Banks should also be encouraged to build additional capital and provisioning buffers against potential losses, and ongoing reforms to strengthen financial-sector oversight and regulation should be accelerated. Overall, these policies would help mitigate financial vulnerabilities and contribute to a more sustainable expansion of credit going forward.

“Actions to make Nepal’s economy more competitive and generate a more conducive environment for investment will be critical to lift Nepal’s medium-term growth prospects and create jobs for its young population. In this regard, the team welcomes the government’s ongoing efforts to improve the business climate, including by revising investment-related laws and regulations ahead of the Investment Summit to be held in March 2019. The team encourages swift implementation of the authorities’ structural reform agenda aimed at easing obstacles to firm entry and operations. Increasing foreign direct investment, strengthening governance and institutions, and enhancing access to finance, particularly for the underserved population outside major cities, are top priorities.

“The team expresses its sincere gratitude to the Nepal Rastra Bank and the Government of Nepal for their warm hospitality and insightful exchanges of views.”

Employment Impact From The Pandemic Worse Than Expected: ILO By NEW SPOTLIGHT ONLINE 7 hours, 10 minutes ago

Flood Damages The Paddy Worth Of Over Rs. Billion In Nepal By Agencies 4 days, 7 hours ago