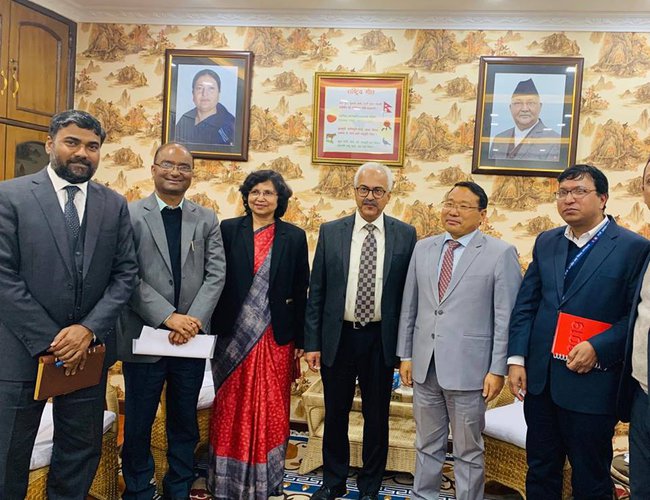 He made this remark during his meeting with Minister of Energy of India Ajya Bhalla who paid a courtesy call him today at his office in Singhadurbar. Energy secretary Bhalla is in Nepal to attend the sixth secretary level Joint Steering Committee (JSTC) meeting which is going to be held in Pokhara from tomorrow. During the meeting minister Pun said that Nepal and India has a centuries old historic relations and it will further strengthen in future.

He said that Nepal is willing to further jointly work with India in energy sector. Minister Pun said that Nepal is constructing Budhi Gandaki and Dudhkosi storage projects which will also going to help India in flood control, irrigation and drinking water. 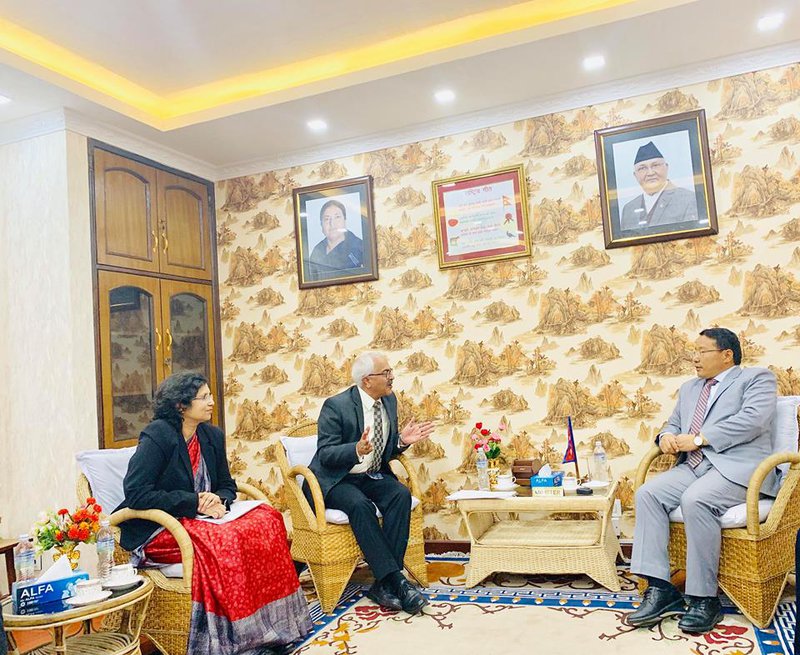 Minister Pun also said that recent amendment of energy trade guidelines by India is a very positive step as it will also benefit Nepal. He said that Nepal also wants to discuss lower riparian issues with India given the construction of two major storage hydropower projects.

He also requested secretary Bhalla to help Nepal in direct investment in energy sector. During the meeting, Energy secretary from India Bhalla briefed about the progress made in Arun III project.

Secretary Bhalla also told minister Pun that during the JSTC meeting they will also discuss on cross border transmission issue, the construction of132 kV Kataiya-Kusaha and Raxual-Parwanipur second circuit and other energy projects currently underway with Indian assistance.

He also informed that the issue of New Butwal-Gorakhpur cross border has already discussed intensively at the technical level and now they are discussing to decide at the secretary level meeting.

UPPER TRISULI 3 B Work In Progress By NEW SPOTLIGHT ONLINE 3 weeks, 1 day ago

The Government Will Bring A Relief Package: Minister Pun By NEW SPOTLIGHT ONLINE 3 weeks, 1 day ago