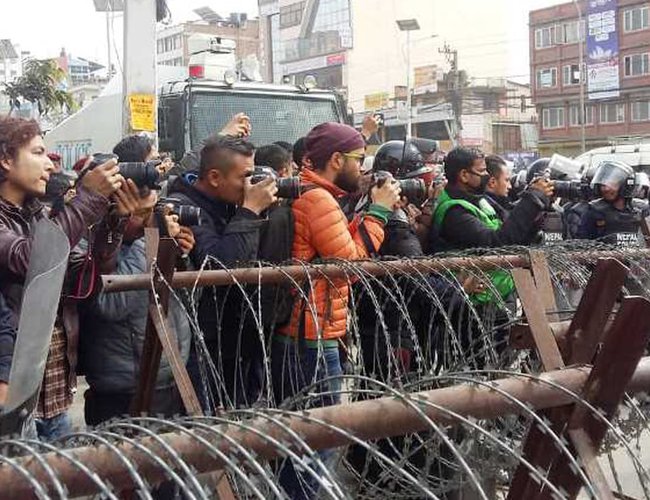 The situation in New Baneshwor remains tense following the the protester are making to effort to break prohibition orders imposed in New Baneshwor. Agitators of the supporter of Nepal Student Union, Nepal Women Association and Tarun Dal are now pressing pressure to the police.

The groups affiliated to Nepal Student Union have been launching agitation against the medical bill which parliament passed Friday despite opposition from the House of Representatives.

Large numbers of demonstrators are trying to breaking obstruction of police. Nepal Congress announced the agitation against the government both within the parliament and street.

PM Oli Greeted PM Modi On The Occasion Of Its 74th Independence Day By NEW SPOTLIGHT ONLINE 4 hours, 23 minutes ago