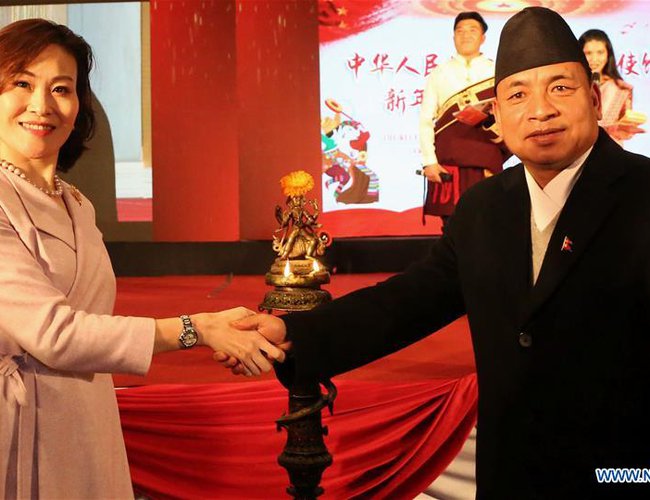 Addressing the program Chinese Ambassador to Nepal, Hou Yanqi, has said the year 2019 will be crucial for the bilateral relations between Nepal and China.

She said that the China will celebrate the 70th anniversary of the founding of the People’s Republic of China and hold the Second Belt and Road Forum for International Cooperation.

She said that China became Nepal’s biggest foreign direct investment source for three consecutive fiscal years and informed that the number of Chinese tourists visiting Nepal exceeded 150,000 in past one year.

Holocaust Education And Remembrance In Nepal By NEW SPOTLIGHT ONLINE 1 day, 22 hours ago