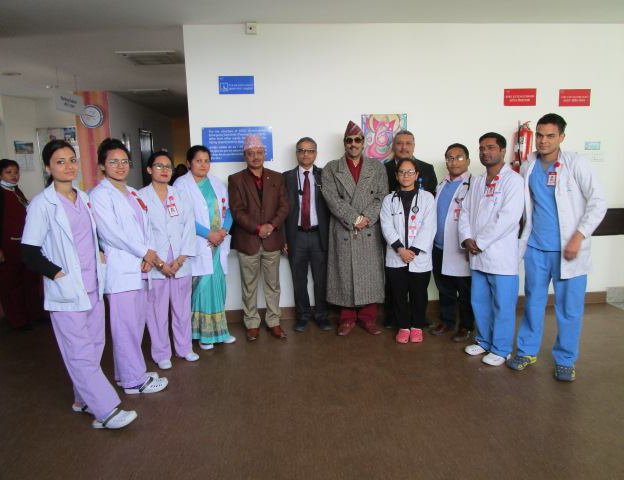 Before leaving home, former crown Prince took a group photograph with doctors and other medical staffs. According to new published in Deshsanchar, this was a third heart attack. Doctors in the hospital expressed the happiness over successful treatment. They also reportedly advised Paras Shah to take his health issue seriously.

COVID-19: Number Of Children Living In Household Poverty To Soar By Up To 86 Million By End Of Year By NEW SPOTLIGHT ONLINE 7 hours, 11 minutes ago

Twelve Nepali Migrant Returnees Killed and 20 Injured In a Bus Accident In Banke By NEW SPOTLIGHT ONLINE 17 hours, 21 minutes ago