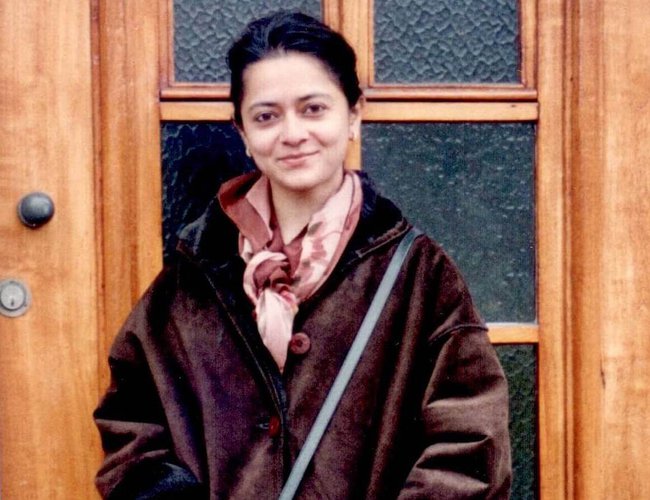 Daughter of former minister, ambassador Bhekh Bahadur Thapa’s daughter Tejshree Thapa, a passionate human rights lawyer whose work spanned crises and conflicts in the Balkans, Nepal, Bangladesh, and Sri Lanka, passed away on March 26, 2019, from an illness at the age of 52 in New York City.

Originally from Nepal, Tej first joined Human Rights Watch in 2004 and was our senior South Asia researcher. According to Human Rights Watch, Tej had broad expertise in human rights law, international and domestic politics, post-conflict justice, and reparations mechanisms, and had also worked for the International Criminal Tribunal for the former Yugoslavia and the United Nations Special Rapporteur on violence against women. Her research for Human Rights Watch involved interviews with victims of human rights abuses – and those responsible for committing them. She often shuttled between interviews in remote areas of Nepal and Sri Lanka to the highest levels of government and the UN, briefing diplomats, government officials, the media, and local activists worldwide.

During extensive research on the civil wars in Sri Lanka and Nepal, Tej documented widespread sexual violence, torture, and other atrocities. She worked on important Human Rights Watch reports on war crimes, enforced disappearances, and lack of justice in Bangladesh, Nepal, and Sri Lanka, among many others.

In August 2017, Tej traveled to the Bangladesh-Myanmar border and was among the first human rights researchers to document the Myanmar military’s campaign of ethnic cleansing against Rohingya Muslims.

Tej worked tirelessly to protect human rights defenders and gain space for civil society groups to work freely and without fear. She spent countless hours helping activists, journalists, and their family members escape from threats of violence or arrest. She was always available to people in danger or need, no matter the time of day or time zone she was in. What mattered most to Tej in her human rights work was helping people live in safety and dignity.

Numerous families of victims have her phone number. She helped bring to safety Bangladeshi bloggers and LGBT activists targeted by militant groups. Families of those disappeared would call, not just to discuss their cases, but to share other news. Tej used to laugh with sadness about the number of letters and documents she wrote about accountability and transitional justice in Sri Lanka, saying that she had written the words so often she would sometimes recite them in her sleep.

In her work, Tej always had a special empathy for children. One case in Nepal involved a young girl who had been recruited by the Maoists, injured in combat, and then held and abused in military custody. Tej’s anger over the injustices that this child suffered fueled the energy she brought to her work, and her insistence with officials and diplomats that their governments make every effort to end the abuses.

For Tej, human rights work was always personal. She cared about the people she met and wanted to end their suffering. That decades after the genocide in Bosnia there could be another genocide in Myanmar appalled her. But once again she did what she excelled at, making sure that victims and survivors could tell their stories, and that policymakers could no longer ignore their suffering.

Tej graduated from Wellesley College and Cornell Law School. She is survived by her daughter, Maya, her pride and joy, who will attend Oxford University this year; her sister, Manjushree; and parents, Bhekh and Rita.

Madhesh Based Party Demand To Include Its Agenda In The Amendment By NEW SPOTLIGHT ONLINE 5 hours, 49 minutes ago