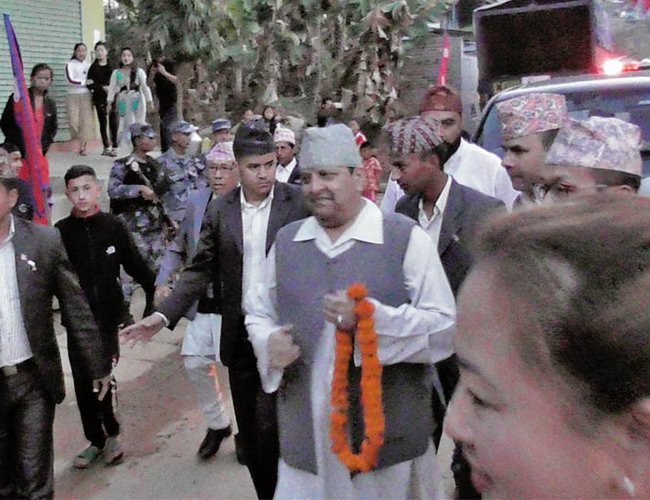 Former King Gyanendra is in Phidim, district headquarters of Panchthar and offered prayers at Sumbahatlung temple.

According to The Himalayan Times, former King was welcomed by a mass of cadres affiliated to royalist political groups, and Hindu right-wing party upon his arrival in the district.

The former king was touring the Tarai districts and offering prayers at various temples before embarking to Panchthar, hilly district in eastern Nepal.