PM Modi is the world's third-most-followed politician on Twitter after Obama and Trump. 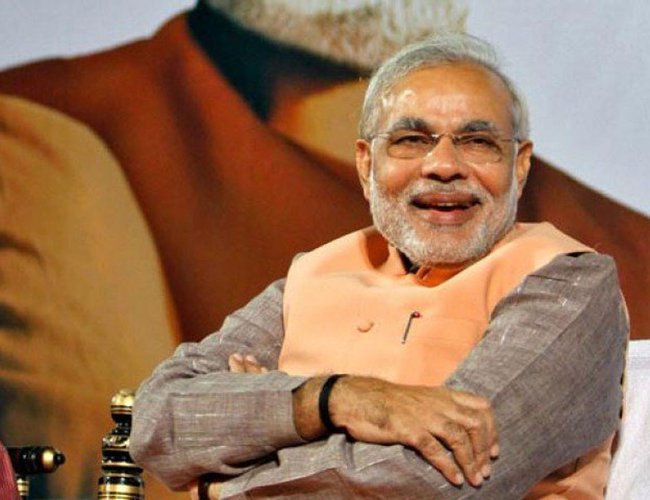 If PM Narendra Modi wins this spring's general election, as is widely expected, it will also be another massive victory for the marketing machine created to amplify Brand Modi into every Indian living room.

Opinion polls regularly show Modi is India's most popular politician, and to turn that appeal into votes, his ruling BJP has pulled out all the stops from the most modern methods of communication to the very traditional.

There is the recently launched "NaMo TV" dedicated to the 68-year-old leader, a Narendra Modi mobile app the party says has been downloaded by 100 million people, and a massive social media following across every major platform in India.

Modi and the BJP have a combined 57.5 million followers on Twitter, four times the total for the main opposition Congress party and its president Rahul Gandhi. Modi is the world's third-most-followed politician on Twitter after former U.S. President Barack Obama and current President Donald Trump.

The BJP itself claims to have more members than any other political party in the world. Polls for the world's biggest democratic vote open on a rolling basis between April 11 and May 19. A perfect date night gift for your partner IDIVA 5 reasons why you still dont have perfect abs MENSXP Recommended By Colombia Modi is widely expected to be in a position to form a new government after the election, according to pollsters, with the big question whether he will win an outright majority or be forced into trying to form a coalition.

With the campaign now in full swing, the BJP says Modi physically reaches out to more than 250,000 people a day through the many rallies he addresses. Most of those are then carried live across multiple party platforms and news channels across India, including the nation's public broadcaster.

"He is doing three to four rallies every day. One rally would cover three to four constituencies," said Vijay Chauthaiwale, who is in charge of BJP's foreign affairs department. Last Sunday 10 million people watched a TV programme in which Modi interacted with the country's security guards, he added. Opposition parties have complained the BJP is gaining an unfair advantage by using the state broadcaster and the NaMo TV to air its propaganda.

The BJP has denied the accusations but the Election Commission has said it's looking into the complaints. On Wednesday alone, Modi addressed as many as four rallies, starting early in the northeastern state of Arunachal Pradesh and ending late in a constituency 2,300 km (1429 miles) away in the western state of Maharashtra