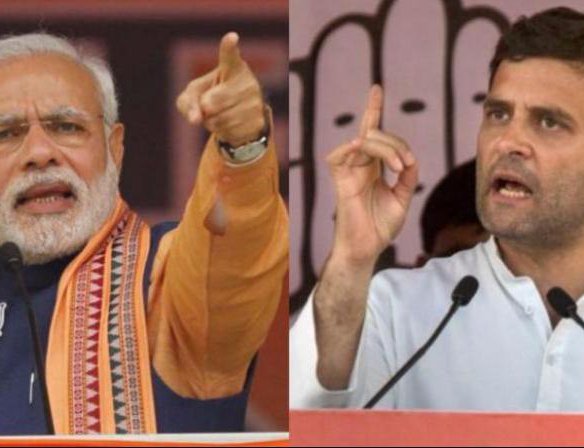 As Nepal shares so many things with India, including culture, religion, democratic system and open border, it is natural for Nepalese people to have interest to see India's Lok Sabha Elections.

As elections process in India begins with the first phase and second phase elections concluded in Uttarakhand state and Darjeeling of West Bengal, Kisangunj close to the border of Nepal and other few constituencies including Assembly Elections of Sikkim, Nepalese living in those areas have direct impacts in their livelihood with the closure of border 24 hours before the elections.

The hustle and bustle of campaigning came to an end in 91 Lok Sabha constituencies spread over 20 states and Union Territories which have gone to polls marking the start of the mega seven-phase electoral exercise.

Voting for Loksbaha was held in constituencies of Nepal’s neighboring states and Assembly polls were also held in Sikkim.

As the largest democratic country in the world, people from around the world are watching the democratic exercise, participated in by over a quarter of the population in peaceful manner.

Although Nepalese cannot vote in Indian elections, Nepalese people too have their own preferential political parties. As a country of Hindu Majority, Bharatiya Janta Party (BJP) and its leader Narendra Modi, who is the first prime minister to pay four visits in Nepal, is a clear choice.

However, most of the political leaders close to power still prefer Rahul Gandhi led Indian Congress.

The 2019 Indian general election is scheduled to be held in seven phases from 11 April to 19 May 2019 to constitute the 17th Lok Sabha. The counting of votes will be conducted on 23 May, and on the same day the results will be declared.

The voter-verified paper audit trail (VVPAT) system which enables electronic voting machines to record each vote cast by generating the EVM slip, will be introduced in all 543 Lok sabha constituencies.

A total of 17.4 lakh VVPAT units will be used in as many as 10,35 and 918 polling stations during the elections. On 9 April 2019, Supreme Court of India gave the judgment, ordering the Election Commission of India to increase VVPAT slips vote count in five randomly selected EVMs per assembly constituency, which means Election Commission of India has to count VVPAT slips of 20,625 EVMs

Bangladesh To Administer COVID-19 Vaccine For All, Free Of Cost By Agencies 4 weeks, 1 day ago

Bangladesh To Give Duty Free Access To 16 More Bhutanese Products By Agencies 1 month, 4 weeks ago

Bhutanese Monk Decided To Bar Visitors From Religious Dance Due To COVID-19 By NEW SPOTLIGHT ONLINE 2 months, 1 week ago