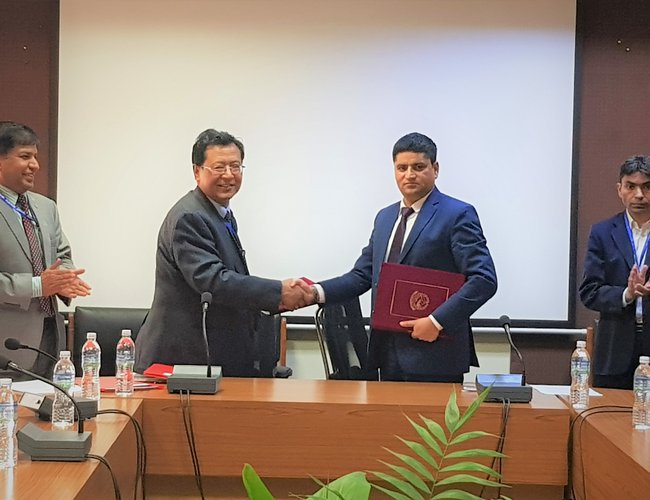 The Government of Nepal (GoN) and the World Bank signed an agreement today to scale up renewable energy options in selected regions of Nepal in partnership with private sector.

The agreement was signed Shreekrishna Nepal, Joint Secretary, Ministry of Finance on behalf of the Government of Nepal and Bigyan Pradhan, Acting Country Manager on behalf of the World Bank.

Total of USD 17.21 million will be spent during four-year period of the Private Sector-Led Mini-Grid Energy Access Project, of which the World Bank will finance total of USD 7.61 million (Approx. NRs 84 Crore 52 Lakhs) through its Strategic Climate Fund (SCF) comprising of SCF Grant of USD 5.61 million and SCF soft loan of USD 2 million. Similarly, Government of Nepal will contribute subsidy of USD 6 million and the remaining USD 3.60 million will be contributed by the private sector. The project will provide renewable energy to 126,000 rural people and support more than 80 businesses through micro/mini-hydro and solar subprojects in Nepal’s rural areas. The project will be implemented by the Alternative Energy Promotion Centre (AEPC), the government's nodal agency for renewable energy promotion in Nepal.

“We are thankful for the support of the World Bank in launching this milestone project to encourage commercial financing of renewable and off-grid energy systems in Nepal,” said Joint Secretary Shreekrishna Nepal “This project will demonstrate that the private sector led model is feasible in mini-grid development and GoN is committed to engage private sector in development.” 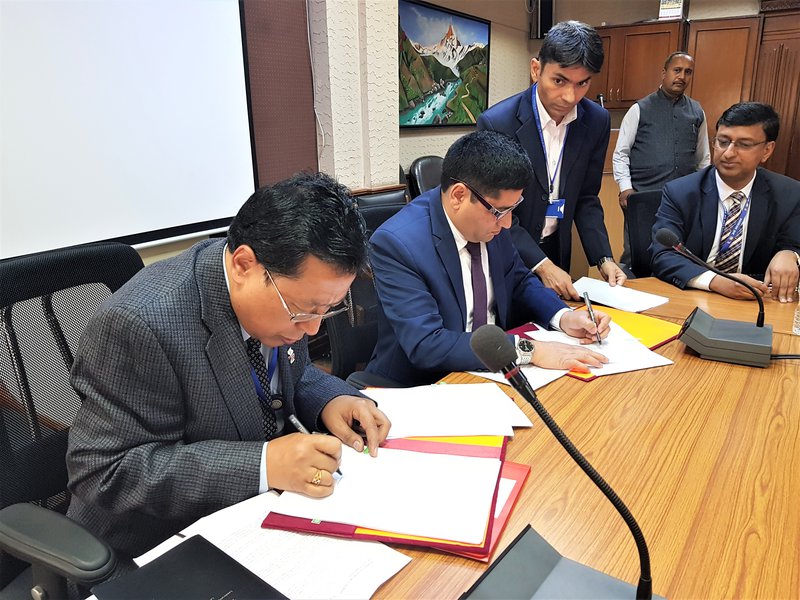 According to a press release issued by the World Bank, under the Project, private entities and cooperatives will be mobilized to provide electricity services to rural areas as “energy service companies” (ESCOs). These specialized ESCOs will crowd-in financing capacity to develop, build, own and operate renewable mini-grid projects. Commercial banks are a key partner who will assume credit risk of the subproject loans to ESCOs once they are eligible and selected to participate in the Project by AEPC. The credit facility component of the Project is in turn supported by a technical assistance component for stronger project development support to the mini-grid sector, ESCOs and partner banks to ensure sustainable implementation beyond the life of the project.

“Maximizing finance for development is an important element in Nepal’s growth trajectory,” said Bigyan Pradhan, World Bank Acting Country Manager for Nepal. “By encouraging the participation of the private sector, this Project motivates a business approach to improve energy access while supporting the government’s efforts to provide clean and efficient energy options to rural communities.”

The Government of Nepal accords high priority on the renewable energy sector and the World Bank Group supports the government’s energy sector through investments in both grid and off-grid energy and energy efficiency programs.

This project aims to support more than 25 mini-grid subprojects and add new generation capacity of 3.8 MW, while rehabilitating and restoring the capacity of existing mini-grids.

The improved policy environment through the government’s Renewable Energy Subsidy Policy 2016 and the effective implementation of this Project are expected to create opportunities for this model to succeed in providing energy access to Nepal’s rural areas.