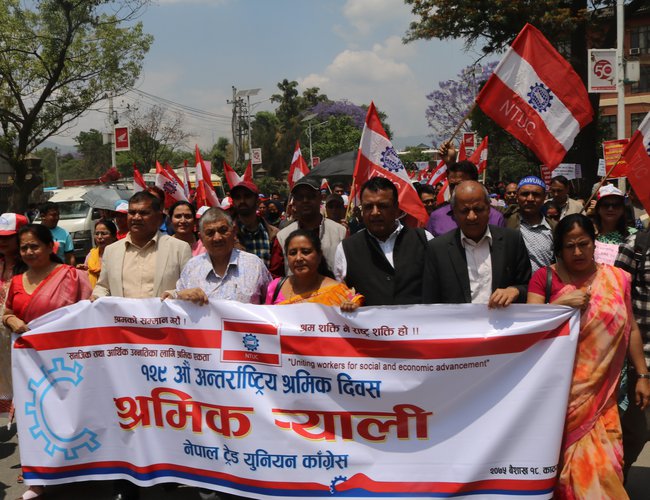 This year’s International May Day is special and historic all over the world including in Nepal as this is an year of The ILO Centenary. Nepalese Trade Union Organizations are also preparing to celebrate both.

International Labour Day 2019 will be celebrated by the workers all over Nepal at Wednesday. International Labor Day theme 2019 is “Sustainable Pension for all: The Role of Social Partners”.

It has also been declared as the national holiday in almost 80 countries of the world whereas it is being celebrated as an unofficial event in most of the countries. 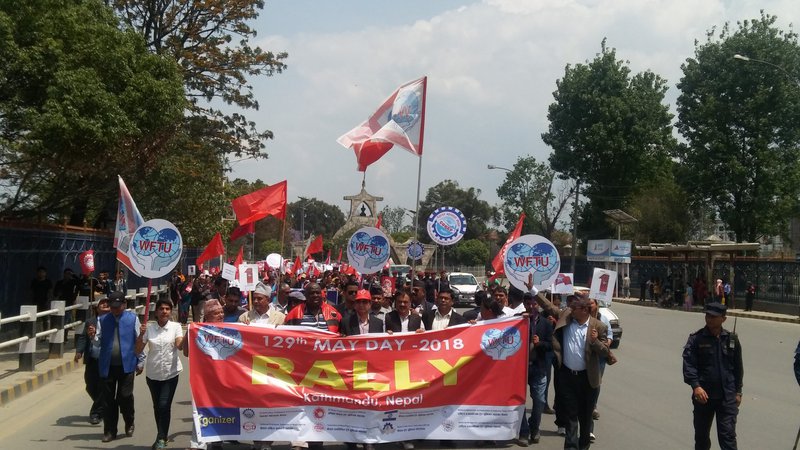 There will be various events and programs which will be organized by the industries and trade unions across Nepal to celebrate the occasion. The programs will mostly focus on the improvement of the conditions of the workforce.

Various awareness campaign drives will be organized on Labor Day across the nation to make the workforce aware about the laws and policies of the government so that they can utilize it for their betterment.

Although many laws have already been promulgated over the years, the safety and security of Nepalese labor remains same. Child labor and exploitation of labor in informal sector continue.

International Workers’ Day is the big celebration on the world level and it is celebrated to commemorate the 4th of May of 1886, the Haymarket affair (Haymarket Massacre) in the Chicago. It is the big event of that year when workers were on the general strike for their eight-hour workday and police were doing their job of dispersing the general public from the crowd. Suddenly, a bomb was thrown over the crowd by an unidentified person and then police started firing over the workers and four demonstrators were killed.

Here is a real statement about the event: “Reliable witnesses testified that all the pistol flashes came from the center of the street, where the police were standing, and none from the crowd. Moreover, initial newspaper reports made no mention of firing by civilians. A telegraph pole at the scene was filled with bullet holes, all coming from the direction of the police.”

It was decided to be celebrated on annual basis as an May Day in the meeting (in 1889) of Paris through a proposal by the Raymond Lavigne that international demonstrations is required to celebrate the anniversary of Chicago protests. In the year 1891, May Day was officially recognized by the International’s second congress to be celebrated as an annual event.

However, May Day Riots was occurred in the year 1894 and then in the year 1904, the following statement was given in the International Socialist Conference at Amsterdam “all Social Democratic Party organizations and trade unions of all countries to demonstrate energetically on May First for the legal establishment of the 8-hour day, for the class demands of the proletariat, and for universal peace.” and declared it “mandatory upon the proletarian organizations of all countries to stop work on May 1, wherever it is possible without injury to the workers.”

WHY IS MAY DAY CELEBRATED?

International Labour Day or May Day is celebrated to finish the struggle as well as to promote the requirement of eight-hour work day. Earlier the working condition of the laborer was very severe and working hours was 10 to 16 hour a day even in the unsafe conditions. Deaths, injuries and other dreadful conditions of the workers were very common at the workplace during the 1860’s and working people were very agitated throughout the workday until the 8-hour workday was declared.

The rising death of the working class people (men, women and children) in many working industries, required to raise the voice for the safety of the working group people by decreasing their working hours in the industries. After the lots of efforts made by the workers and socialists, eight-hours was declared as the legal time for the workers in the national convention at Chicago in 1884 by the American Federation of Labor.

HOW INTERNATIONAL LABOUR DAY IS CELEBRATED

International Labor Day is celebrated yearly as an official holiday all over the world to celebrate the accomplishments of workers. People enjoy celebrating the May Day or Labour Day by arranging the big party and lots of programmes. They decorate the banners and flags using colors just like an Independence Day celebration.

This celebration has become a historic significance all over the world and celebrated by the Labor unions worldwide. Variety of demonstrations, speeches, protests processions, rallies and parades are organized by the working group people under the security arrangements to protect violence.

Strengthening UN As Center Of Multilateralism: PM Oli By Agencies 1 day, 8 hours ago 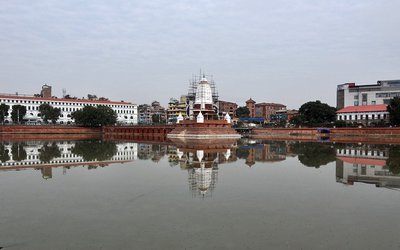 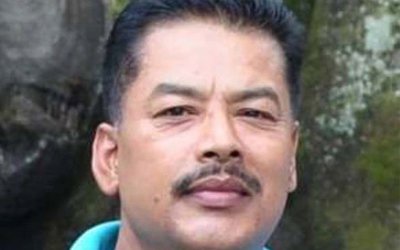