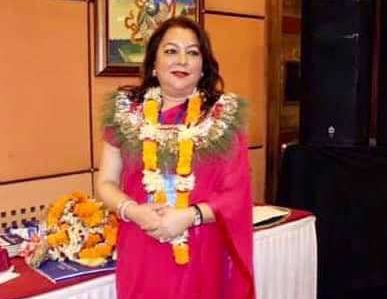 Having over three decades in the hospitality industry, Shreejana Rana, the executive director at Hotel Annapurna, becomes the first woman to get elected as president of Hotel Association of Nepal (HAN).

The HAN AGM also elected Binayak Shah to the post of senior vice president and Prabeen Bahadur Pandey as second vice president. Sajan Shakya was elected as general secretary and Vishal Kumar as treasurer, along with 25 executive members.

Follower of Sri Sadguru and Sri Sri Ravi Shanker, Rana expressed her commitment to work for betterment of hospitality sector and the entire tourism sector of the country. 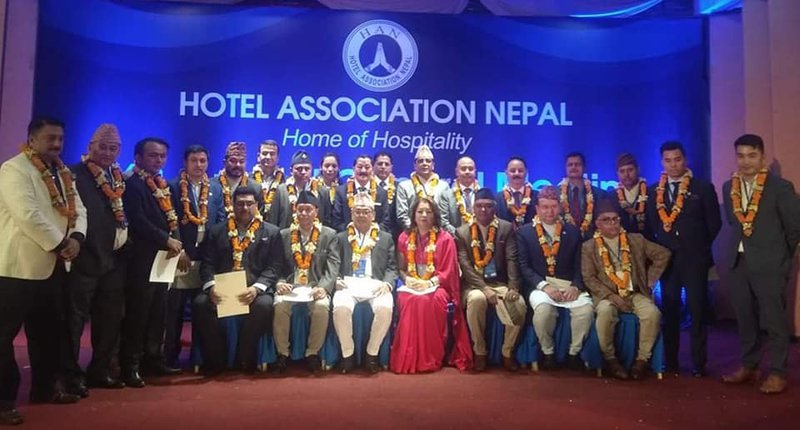 Rana was born to late Kiranendu Malla and late Kendra R L Malla, she trained in Hotel Management and Tourism with ITC Welcome Group for six years after completing A level.

She is also the Vice Chairperson of Jayanti Memorial Trust which is working to make cardiac care available to all Nepalis. Newly elected Rana pledged to come up with programmes to coordinate efforts with the government to make Visit Nepal 2020 a success. The government aims to attract 2 million tourists in 2020 under the campaign.

Deputy Prime Minister Ishwor Pokharel said the government has accorded special importance to the development of tourism, an important base for the country's economic prosperity.

"Infrastructure construction will be prioritised for tourism development," Deputy Prime Minister Pokharel said, while inaugurating the 46th annual general assembly of the Hotel Association of Nepal (HAN), according to RSS. Promotional activities would be initiated in collaboration between the government and private sector to make the government's 'Visit Nepal Year, 2020' a success, he said. DPM Pokharel said that budget for the new fiscal year would be made in accordance with the policy and programmes for the fiscal year 2019/20.

According to him, the proposed policy and programmes had attached priority to development of physical infrastructures, tourism, agriculture and energy. Acting Secretary at the Ministry of Culture, Tourism and Civil Aviation Suresh Acharya shared that managerial works relating to enhancing capacity of the Nepal Aviation.

Hotel Yak And Yeti Opens Its Restaurant For Guest By NEW SPOTLIGHT ONLINE 2 weeks, 4 days ago