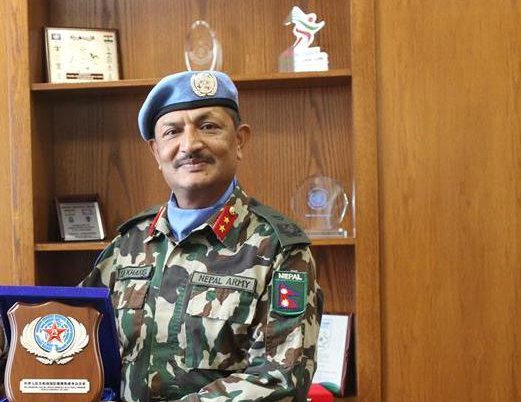 Major General Shivaram Kharel has had a distinguished military career at both national and international levels. He recently served as the Deputy Force Commander of the United Nations Interim Force in Lebanon (UNIFIL). Major General Kharel served in a number of high-ranking military positions, including as Director of Staff Duties, Policies and Plans in the Nepalese Army from 2016 to 2017, Brigade Commander from 2014 to 2016 and Military Assistant to the Chief of the Nepalese Army Staff in 2016.

"In addition to his peacekeeping experience with UNIFIL, Major General Kharel also served in the United Nations Mission for the Referendum in Western Sahara from 2012 to 2013 and the United Nations Organization Mission in the Democratic Republic of Congo from 2005 to 2006," said a press release issued by United Nations.

Visitors From Nepal To go Through Universal Screening In Indian Airports By NEW SPOTLIGHT ONLINE 1 day, 10 hours ago

Nepal Propose A Bill To Restrict Free Mobility Of Indian Citizens In Nepal By NEW SPOTLIGHT ONLINE 2 days, 10 hours ago