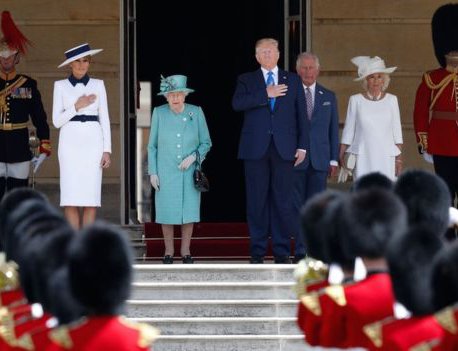 President Donald Trump has praised the "eternal friendship" between the UK and US as he joined a state banquet at Buckingham Palace.

The Queen said the countries were celebrating an alliance which had ensured the "safety and prosperity of both our peoples for decades".

The president is in the UK for a three-day state visit, which includes the 75th anniversary of the D-Day landings.

Earlier in the day, Mr Trump criticised the mayor of London.

He tweeted that Sadiq Khan - who had said the UK should "not roll out the red carpet" for Mr Trump - was a "stone cold loser".

But in his speech at the banquet, Mr Trump praised the courage of the British people during World War Two and called the Queen a "great, great woman". 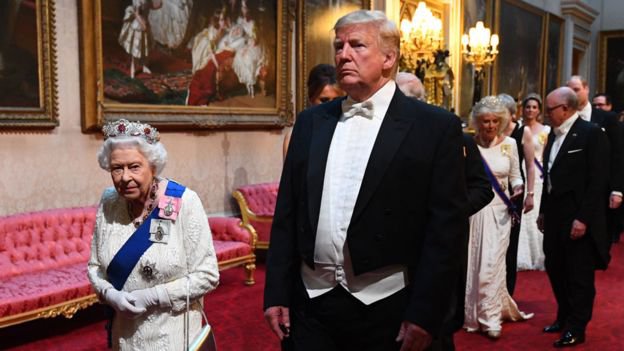 "In that dark hour, the people of this nation showed the world what it means to be British," he said, adding that their bravery ensured that the destiny of the country "remained in your own hands".

Mr Trump ended his speech with a toast to "the eternal friendship of our people, the vitality of our nations and to the long-cherished and truly remarkable reign of Her Majesty the Queen".

The Queen praised the two countries' role in creating an assembly of international institutions that would ensure "the horrors of conflict would never be repeated".

On Twitter before the banquet, Mr Trump praised the welcome from the Royal Family as "fantastic" and said the relationship with the UK is "very strong".

He also said a post-Brexit trade deal could happen once the UK removed the "shackles", adding: "Already starting to talk!"

China Registered 4.9 Percent Growth In The Third Quatar By Agencies 1 day, 22 hours ago

China On The Agenda For QUAD Talks In Tokyo By Agencies 2 weeks, 1 day ago