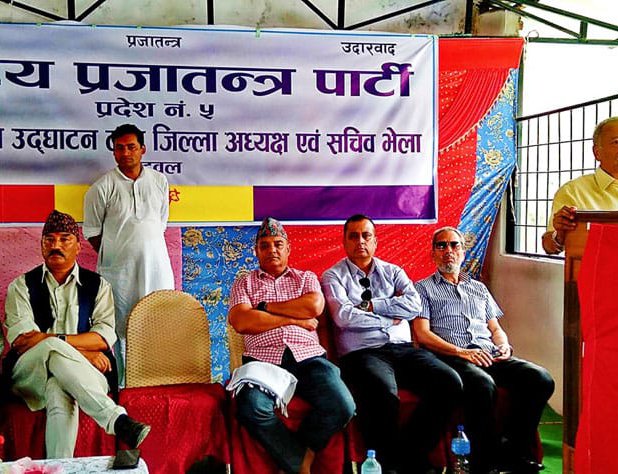 Rashtriya Prajatantra Party President Kamal Thapa demanded to hold all party national round tables meeting to end political crisis. Addressing a party meeting in Butwal, Thapa said that the government needs to call the national round table meting to address the political crisis. He said that there need to invite former King and Biplab party in the meeting.

Former deputy prime minister Thapa also said that Nepal is unable to implement Republic, Federalism and secularism successfully but they are creating more problems. He also said that there need to have a democracy where former King and Biplab are also included.

He said that the government is looting the country in the name of democracy. Thapa also urged to withdraw Media Council Bill, Guthi Bill and National Security Council Bill.