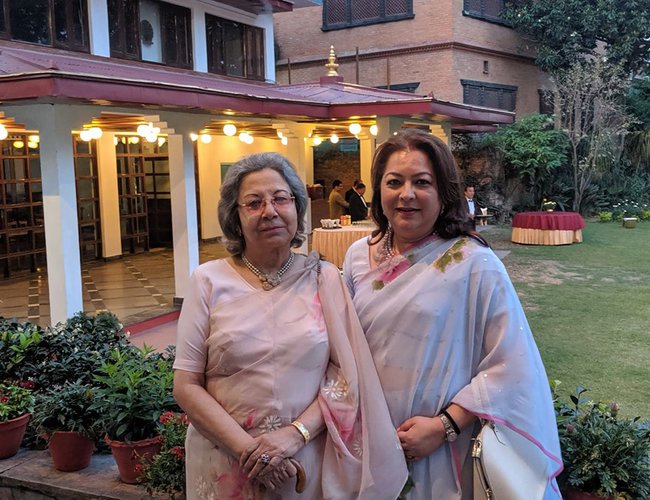 Felicitation functions, receptions and parties are organized to fulfill official commitments, business responsibilities and formalities. However, some receptions go beyond to share love and affection and to praise achievements with due and strict professional advice.

Following the election as the first woman president of Hotel Association Nepal (HAN), Shreejana Rana attended a number of felicitation programs. However, a reception hosted by Maharajkumari Rama Malla to congratulate Rana on May 19th 2019 was more gracious, with personal attachments as well as professional advice.

The welcome reception organized by Maharajkumari Malla, the first woman to join Nepali hospitability industry, dominated by male then, was professionally meaningful, as it attached love and pride in the success of a niece.

"I am very happy and proud to see my dear niece Shreejana Rana, who I affectionately call Susie, as the first women president of Hotel Association Nepal (HAN)," said Maharajkumari from her heart. "However, Susie being a hard working person, a trait which I appreciate always and think it is something one has to have and do if one wants to succeed- Success does not come easy- and she being far more political correct and affable than me," narrates Maharajkumari. 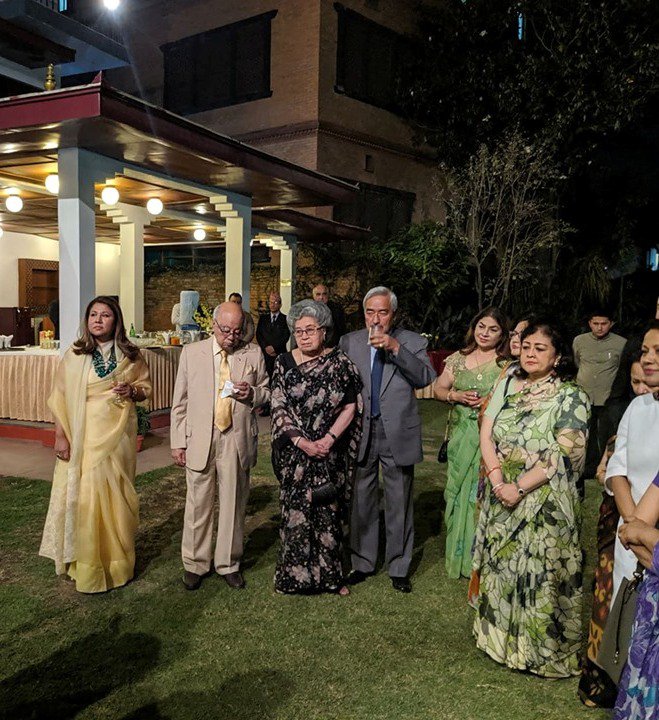 Establishing herself one of the most successful entrepreneurs in hospitality industry, Maharajkumari Malla is known for her bold stand and frank statement. Daughter of reformist Rana Prime Minister Late Padma Sumsher, Maharajkumari inherited the liberal attitude from his father.

Known for her habit to speak truth bluntly, Maharajkumari Malla stands for the cause and truth. This is her great strength for herself. This was the reason she even rejected the offer to be president of HAN long time back.

"Prabhakar and Shadev Ranas, after their tenure, had also asked me to take the same post but not being a politically correct person and having a habit of speaking truth bluntly I refused," said Maharajkumari Malla, whose father and grandfather served as prime ministers of Nepal in the greatest time of history.

Along with personal love and attachment, she also reminded newly elected president about the nature of job. Her observations are based on her own experiences.

"President of HAN, in my opinion, is a thankless job. She will have to fight constantly with the government. As sadly, the government, in my country, has never been good support even though we our industry is the highest foreign exchange earner to the treasury. Also, we in Nepal are very quick and free to criticize but very slow and scared with praise," said Maharajkumari Malla.

Noting the harsh reality of Nepalese society, Maharajkumari bestowed total support and backing to newly elected president Rana. "I am sure she will succeed I wish her all my very best wishes for her to go from strength to strength," said Maharajkumari Malla.

Although many organizations have organized felicitation for newly elected President of Hotel Association Nepal, the reception hosted by Maharajkumari Malla had special meaning and importance.

Expressing words with high respect in adorable tones to Maharajkumari, her aunt in family relations as well as a successful woman entrepreneur of Nepal, Rana, who had lost her father in early age, remembered her support expressing affable words and expressed determination to fulfill the wishes expressed by Maharajkumari Malla.

"Thulo Mua, I don't think I have the words to express how deeply touched I am by your kindness in hosting this evening for me and for your kind words right now. But I will try," said Rana in her sober words.

In her touchy words full of love, admiration and obedience to Maharajkumari Malla, Shreejana Rana said, "Thulo Mua, through good times and bad, you have always been there for me, especially after Neeraj and I lost our parents."

Rana expressed words and sentences with her great sense of respect and guardianship offered by Maharajkumari's guidance at the great tragic times of losing two parents. "You are my rock and source of unflagging support, I have known you to tell me in no uncertain terms when you thought I wasn't on the right track."

Expressing her adoration to uncle Saradindu Malla, husband of Maharjkumari Malla, Rana, showed how fatherly he is to her in the time of pain and happiness. "Thulo Bua, you for being there for me always for your love and encouragement," said Rana.

Expressing determination to bring change as a president of HAN in hotel industry, Shreejana Rana said that her work will tell her vision. "To be the president of HAN is an honor and privilege. I plan to make a difference during my term for the good organization and the hospitality and tourism industry. But I know that I can't do this on my own. So, thank you from my heart to each of you here for good wishes and support," said newly elected president Rana.

Maharajkumari Malla is a close relative of newly elected Rana but Maharajkumari Rana is also a well established, self made, hotelier who had defied all the odds of a conservative aristocratic family.

Defying traditions, family rules and cultures, Maharajkumari Malla, had to pay a price, too be a successful entrepreneur in the the hotel industry. 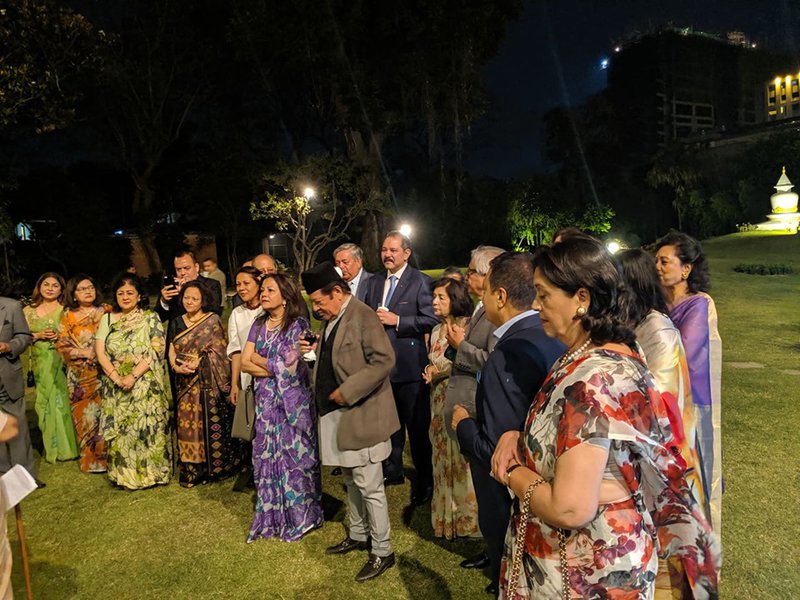 When she was addressing a reception attended by his very close relatives and persons, Maharajkumari Malla's voice and words and firmness suggested work for conscience in the country.

Maharajkumari's self confidence resembled arrogance or egoism for some. A successful tourism entrepreneur, Maharajkumari Malla, who has been traveling around the world and attending high level ceremonies representing the Mahrajkumari of Nepal, including in Buckingum Palace, in her style, spoke frankly and boldly advising Malla.

Inheriting characters of her liberal father prime minister Padma Sumsher Rana, Maharajkumari Malla does not fear anybody in exercising her own rights. Whether under the rule of monarch or under the republican setup, the direction of Mahrajkumari Malla is unchanged.