Contradictory to the expectation of many economists, Finance Minister Dr. Yubaraj Khatiwada has presented a budget undermining the economic reality of the country. Bowing down to the pressure of his party leaders, finance minister Dr. Khatiwada gave up his own stand and economic reality and reforms. At a time of depleting financial resources, Nepal needs to go for borrowing to pay the increased salary of government employees and social welfare allowances. Given declining productivity, increasing import and unpredictable weather and meager budget for development, achieving high growth of 8 percent will be unlikely. 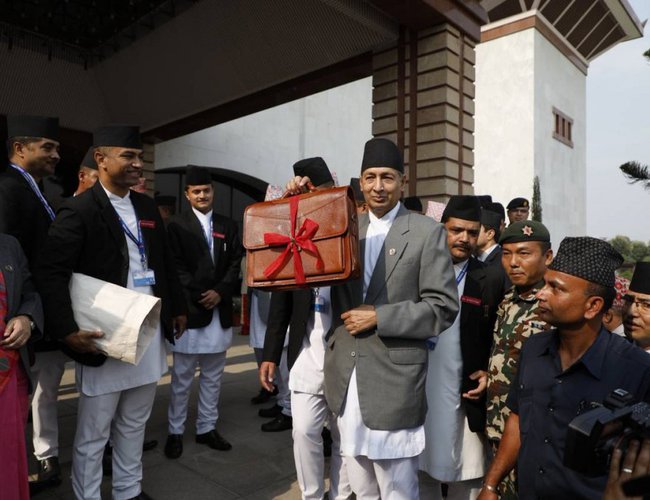 Although the government's revenue collection is declining and Balance of Payment is not in favor, allowing the huge trade deficit, the budget presented by Dr. Yubaraj Khatiwada believes that the economy will turn up over 8 percent growth.

As all previous finance ministers, Dr. Khatiwada has also limitation. With growing pressure from his own party, finance minsiter Dr. Khatiwada is not in a position to resist or set achievable target. Surrendering with the majority of members, he allocated Rs. 60 million to each member of parliament under the constituency development fund.

As there is the need to take drastic steps to contain the trade deficit, the government is yet to announce tangible programs. To bring down the trade gap, the budget has given priority to domestic industries, especially export-oriented industries, generation of employment opportunities, promotion of agriculture and tourism sector and enhancement of public service delivery.

Former vice chair of National Planning Commission Dr. Swarnim Wagle said that the budget has no program to address the economic problems faced by the country and this is just a budget based on populism.

Howver, former finance minister and leader of ruling Nepal Communist Party Surendra Pandey defended the budget saying the document is as progressive with inclusions of all kinds of social welfare and infrastructure development programs. 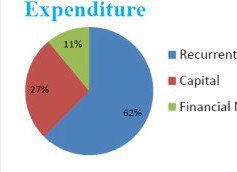 Although finance minister Dr. Khatiwada said that the budget focuses on infrastructure development aiming to tighten the inflation within 6 percent and proposing to catch economic growth at 8.5pc in next fiscal year, there is no such thing in the budget. The private sector which is waiting to see some concessions will face more trouble in coming days as they have to work in tight conditions.

The Finance Minister has proposed Rs. 1.53 trillion federal budget, giving emphasis to mega projects like development of roadways, railways, waterways, hydropower and airports, but the budget has allocated very little resources on them.

In the infrastructure sector, the finance minister has also expressed his commitments to complete major projects, including Melamchi Water Supply Project, Bhairahawa International Airport and Motihari-Amlekhgunj Oil Pipeline Project within 2019-20. It has prioritised completion of pending projects during the year.

Although the government plans to seek foreign grants and loans worth Rs 298.8 billion and Rs 58 billion, respectively, the recently announced Foreign Aid Policy places so many conditionalities.

As financial sector continue to suffer from cash crunch, it is yet to see how government will collect internal borrowing worth Rs 195 billion.

With this, the social security allowance of the senior citizen of above 70 years has reached Rs 3,000 per month but it will also increase the financial burden.

Similarly, Dalits, senior citizens of Karnali state, people fully disabled and partly disabled of above 60 years have been incorporated in this programme. It has been expected that around 1.3 million senior citizens would directly benefit from this.

Another major burden for the country is the increasing the salary of government employees by 18-20 per cent. This will increase huge burden to the government's revenues. In case the government is unable to collect enough money from development partners and internal borrowing, the government will require spending all its revenues to meet social security, sidelining development activities.

Economist Bishwo Poudel holds the view that the budget had followed the previous trend of being distributive in nature and had failed to adopt austerity measures necessary to ensure economic growth.

Finance Minister Dr. Khatiwada in the budget of fiscal year 2019/20 has allocated Rs. 141 billion for the reconstruction sector to complete the construction of the private housings in the areas hit by the 2015 earthquake.

It has also announced restructuring of the Prime Minister Agriculture Modernisation Project and effectively implementing it in the upcoming fiscal year, thereby creating more employment opportunities.

The government has announced it will develop nine cities, including Kathmandu, Birgunj and Biratnagar, as megacities and connect every rural municipality with at least one strategic road. There are budgets for incomplete projects like roads, highways, airports, hydropower projects and railways. However, the finance minister has not proposed any new projects. 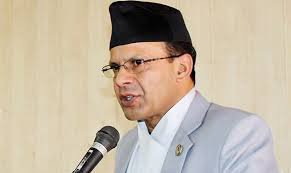 At a time when the budget under recurrent budget and the size of revenue collection is almost the same, there is every possibility to see the budget for capital expenditure. As in the past, the government has to go for foreign donors to seek money for infrastructures.

Given its recent policies to tighten their activities, development partners will be unlikely to come to put the money as demanded by the government. This means Nepal's aim to achieve higher economic growth and graduate to middle economy by 2030 will suffer.

As predicted by Meterology, this year's monsoon rain will be almost 20 percent less than the last year, it will affect the agriculture production, which is key to achieving a higher growth. The increase in the salary will further raise the cost of production and Nepal will lose its competitive advantage. As the demand of Nepalese workers in foreign market is shrinking, Nepal's remittance will also likely go down.

Given such a situation, it will be very difficult to achieve economic growth target of seven per cent. As Nepal has been losing its comparative advantage in the agriculture production, there is no tangible program to reduce the import of agriculture and other products to reduce the trade deficit.

With the limited resources in hand, most of the budget allocated to education, health, science and technology, agriculture, drinking water and hygiene, social security, employment tourism, industry, commerce and supplies, energy, transportation and urban development sectors will be spent to feed the employees’ salary.

However, Minister of Finance Yubaraj Khatiwada said the budget for fiscal 2019-20 was not ‘distributive’ and met the aspirations of the people, economy and the entire development process.

"The budget had given priority to enhancing education, health and drinking water sectors and creating job opportunities in the country to ensure people’s fundamental rights," said Minister Dr. Khatiwada. "The top priority had been given to infrastructure development, which was crucial to materialise the country’s development aspirations and economic growth."

The budget has been criticised, especially for allocating a large chunk for recurrent expenditure and low allocation for development expenditure. Giving priority to populist programmes, such as raising the budget for constituency development programme and substantially raising salaries of civil servants, experts have been criticising this distributive nature of the budget.

With so many constraints, there is unlikely to achieve the ambitious growth of 8.5 percent in the next fiscal year. As optimism is said to be the mother of all hopes, people have no alternative other than to believe in the words of Finance Minister Dr. Khatiwada.

Indian Oil To Supply NOC Fuel From Barauni By Agencies 12 hours, 23 minutes ago

Private Sector And Government Need To Work Together: Dhakal By Agencies 1 day, 11 hours ago