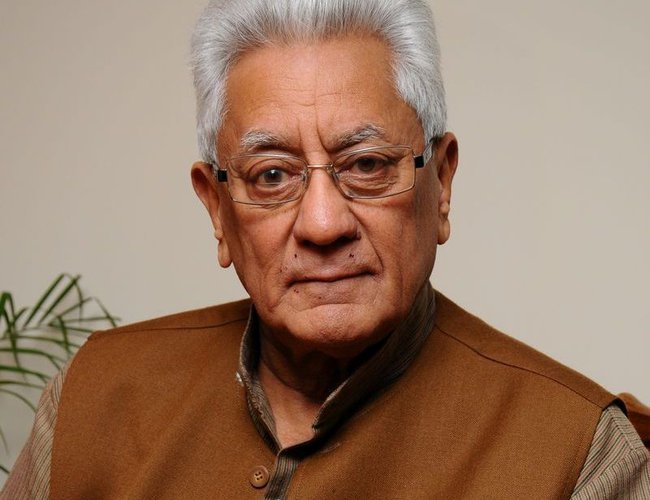 Having contributed enormously to establish hotels and tourism industry in Nepal, late Prabhakar Sumsher Rana, son of Nara Sumsher and grand son of Rana Prime Minister Juddha Sumsher, was a man of simplicity.

An eye-witness of Nepal's all political, economic and social upheavals, Rana was a person who was with events and had the knowledge of Nepalese history, which was unwritten.

Although his dream to publish his own autobiography could not materialize, he has written a book, The Ranas of Nepal, the coffee table tome published by Timeless Books, unravelling the mysteries associated with the 104 years (1850-1954), as a co-author with Pashupati Sumsher Rana and Gautam Sumsher Rana.

Growing up in a closed society under the rule of Prime Minister and his own grandfather Juddha Sumsher Rana, late Prabhkar was part of all the political upheavals and transformations.

In the business sector, late Rana promoted many ventures. After the cancellation of Arun III, Nepal was facing a severe crisis in the energy sector. With the initiative of late Rana, an American Company Panda Energy invested 37 MW Bhotekosi Hydropower project as a joint venture with Soaltee Group. It was a great achievement of Nepal's private sector. As a founder of Himal International Power Corporation Ltd, he continued to support private sector’s involvement in hydropower.

As his father late Nara Sumsher Rana, who was pioneer to introduce and establish sports in Nepal including football, Prabhakar Rana had also interest in Golf. Whether in the time of political hype or normal period, late Rana avoided to work in front. Along with his son Siddhartha Rana, late Prabhakar has donated a lot of money for humanitarian and social institutions, including orphanages and for heritage conservation and preservation works. However, late Rana rarely has made any effort to publicize them.

Just a month before leaving for his treatment in New York, late Rana mentioned that he was on the final stage to complete an auto-biography. Sober and perfect gentlemen, Rana, a staunch patriot, always worked in low profile. He was never exposed in public and never hurt anyone in his dealings with others.

One of the propensities of people in the Nepalese society is to vulgarize and finish individuals in terms of their personality traits. Rana always walked in the tight rope. He rarely interacted with the media.

Pioneer of hotel and tourism industry in Nepal, Prabhakar Sumsher Rana died at the age of 84 at Rehabilitation Center in New York. Founding chairman of Soaltee Hotel, the first international hotel in Nepal and Chairman Emeritus, Rana had been admitted to hospital since last one year for medical treatment.

A pioneer industrialist and entrepreneur in the tourism, hydropower and automobiles sector, he is also the Chairman, Surya Enterprises Private Limited. Rana was educated in India, where he earned a Bachelor of Arts (First Class with Honours) from the esteemed Patna University.

He is a Trustee of American Himalayan Foundation and a Global Member of International Council of the Asia Society, New York. In recognition of his exceptional leadership and vision, the Federation of Nepalese Chambers of Commerce and Industry (FNCCI) honoured Rana with the prestigious Lifetime Achievement Award in 2013.

He died in presence of his son Siddhartha Rana, daughter-in-law Nilima and daughter Maya.

Rana was affiliated with various international organizations. Along with receiving many national medals, he was also decorated by a British medal. He was life member of PATA and Emeritus President of Hotel Association Nepal.

He was also a founding member of many successful ventures like Surya Enterprises, Himalaya Godrik, Surya Tobacco, Himal International Power Corporation Ltd and Sipradi Trading Company. He was also founding president of Heritage Society of Nepal. His last cremation was to be performed in New York and remaining rites in Nepal.

At a time when countries around the world including South Asia have been making economic progress with stable political order, Rana always expressed his concern on growing political anarchy, disorder and indiscipline in Nepal. As himself an industrialists facing different challenges of disorder, he always believed there need to have rule of law, orderly and disciplined society for economic prosperity of Nepalese people.

Having connection with high connection people, diplomats and adequate information, Rana was always concerned about the future of economy and identity of Nepal.