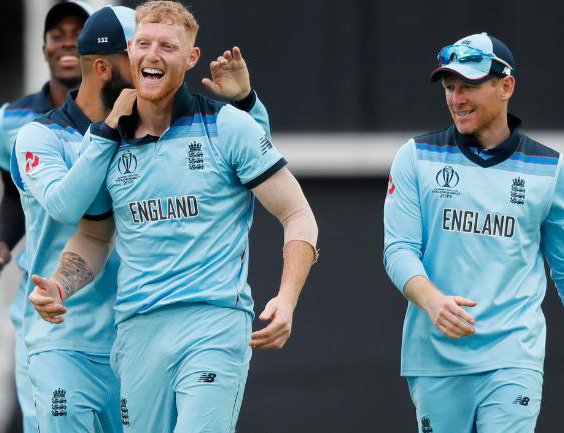 England piled on their highest World Cup total in a 106-run defeat of Bangladesh that got their bid to lift the trophy for the first time back on track.

The hosts amassed 386-6 in Cardiff, thanks mainly to Jason Roy's powerful 153, the second-best score by an England batsman in the competition.

Jonny Bairstow made 51 and Jos Buttler an action-packed 64, but a hip injury sustained when batting prevented Buttler from keeping wicket.

If that was a small negative in what was a mainly strong response to the defeat by Pakistan, so too was some of England's bowling, with Chris Woakes and Adil Rashid below their best.

Shakib Al Hasan took advantage with a doughty 121, an innings that made him the tournament's leading runscorer.

However, the required run rate was never under control and Bangladesh were bowled out for 280, with Jofra Archer and Ben Stokes each taking three wickets.

With two wins from their three matches, England go above Australia into second but remain behind New Zealand who top of the table on six points, after the Kiwis' seven-wicket win over Afghanistan.

Eoin Morgan's men now have almost a week to wait for their next game, against West Indies in Southampton on Friday.

Bangladesh, with one win and two defeats, are eighth in the 10-team table and play Sri Lanka in Bristol on Tuesday.

Diego Maradona Laid To Rest As Argentina Grieves By Agencies 3 hours, 25 minutes ago

'Diego is Argentina, He's Going To Live Forever' - Maradona Leaves A Nation In Mourning By Agencies 3 hours, 35 minutes ago

UN In Nepal Expresses Concern Over Rape And Killing In Bardibas By NEW SPOTLIGHT ONLINE Nov 26, 2020