COAS General Thapa Departs For An Official Visit To China

COAS General Thapa Departs For An Official Visit To China 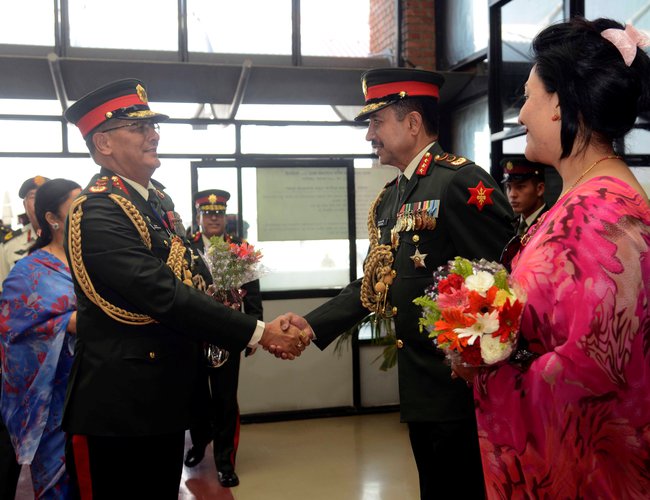 General officers of the Nepali Army (NA) and Defense Attachés of foreign embassies in Nepal were also present on the occasion. A troop of NA presented the 'Guard of Honour' to COAS General Thapa before his departure.

While in China, COAS General Thapa will meet Defence Minister, his Chinese Counterpart and other high ranking officials. In his absence, CGS Lt General Giri will officiate as the Acting Chief of the Army Staff (COAS) of Nepali Army.