Mass Demonstration In Bhaktapur And Thimi Against Guthi Bill

Mass Demonstration In Bhaktapur And Thimi Against Guthi Bill 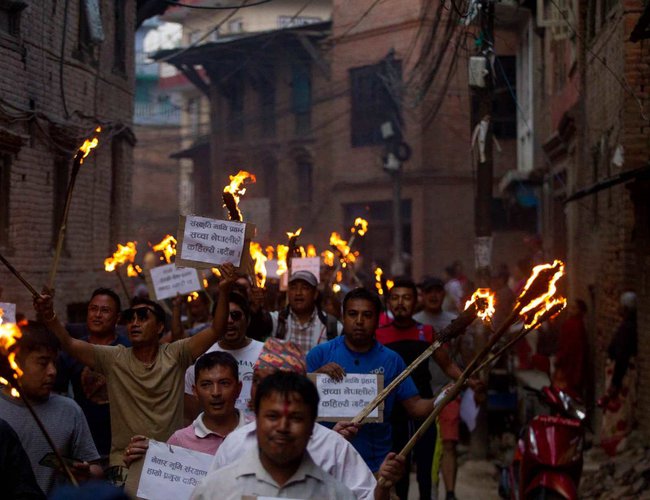 With the coordination from National Identity Protection Joint Struggle Committee, Newars Guthis of various parts of Nepal has been organizing the protest programs.

Despite several pressure from Nepal Major Kisan Party, youth from Bhaktapur organized a formidable demonstration. Addressing program in Taumadhi, secretary of Newa National Liberation Front Shree Krishna Sulu accused NMKP for playing dual character on Guthi bill. ”The time has come for NMKP to choice between country’s identity or against it,” said Sulu.

”This bill is tabled in the parliament in the interest of land broker and their beneficiaries. It will not guarantee the rights of tenants.” “We are now preparing for major rally on Wednesday,” said Shrestha.

Although prime minister KP Sharma Oli indicated the possibility of withdrawing the bill, Guthi agitators are yet to satisfy with the comment. ”This government is trying to defame our genuine agitation terming us remarks. This is a genuine agitation organised to preserve our identity, religion and culture,” said Shrestha.