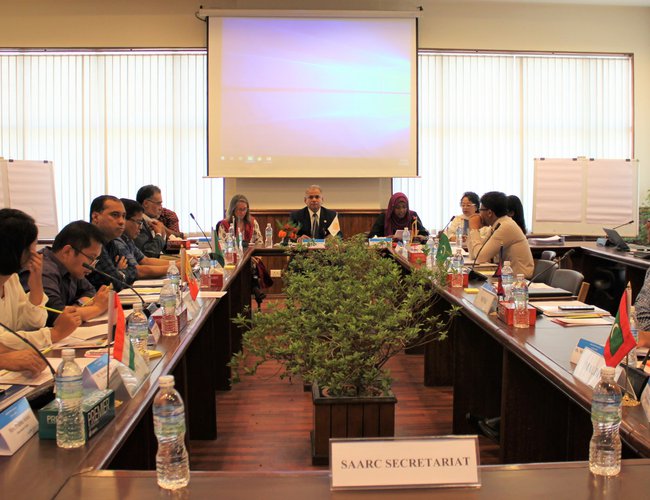 “The promotion and protection of women and children of South Asia has been a priority for SAARC,” said Amjad Hussain B. Sial, Secretary General of the South Asian Association for Regional Cooperation (SAARC).

The Secretary General made this statement, while delivering his remarks at the opening of the SAARC Technical Consultation on Early Childhood & Women’s Nutrition: Improving the nutrition situation of young children and women in South Asia, that commenced at the SAARC Secretariat in Kathmandu today.

“We are committed to ensure that children grow well to be able to make meaningful contribution to the society,” he said. “As a manifestation of our sustained commitment, we observed 2000 to 2010, as the SAARC Decade of the Rights of the Child.” More importantly, the SAARC Social Charter, adopted by SAARC leaders in 2004, identified specific targets to be achieved across the region in the development of children and empowerment of women, he stated.

He affirmed that SAARC’s collaboration with UNICEF had been particularly fruitful in improving the nutrition situation of women and children in the region. “Our collective efforts have culminated in the adoption of the South Asia Regional Framework on Nutrition,” he said.

“With so much of focus being given to improving the nutritional status of children and women globally, we hope that we will be able to create a separate inter-governmental mechanism within the ambit of SAARC to deal with the issues of nutrition,” the Secretary General said.

Under the framework of an MoU, SAARC and UNICEF collaborate to achieve the universal goals on children and women. SAARC and UNICEF organized a Regional Conference to Stop Stunting. In 2018, the two organizations co-hosted a Regional Conference on Nutrition: Power of Maternal Nutrition. The outcome document of the 2017 Conference “Call for Action”, containing 10-point recommendations, was adopted by the SAARC Health Ministers in their meeting in Colombo in July 2017.

This Consultation is the outcome of one of the recommendations of the ‘Call for Action’.

Organized with the support of UNICEF, the Consultation brought together representatives from the Member States of SAARC as well as UNICEF to discuss nutrition issues. It will conclude on 18 June 2019.

Nepal Close Borders With India And China To Stop The Movement Of People : DPM Pokhrel By NEW SPOTLIGHT ONLINE 13 hours, 28 minutes ago