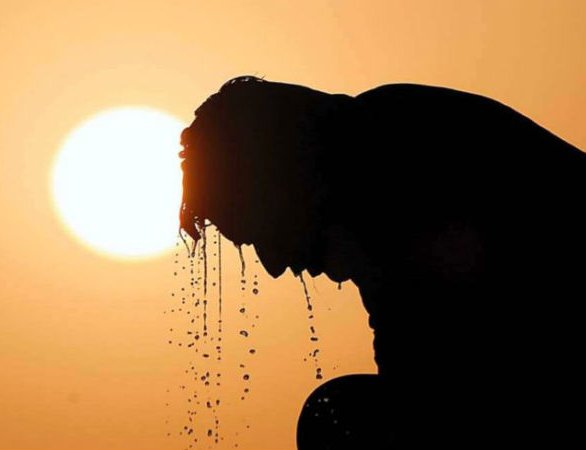 Nepal’s southern plain has been reeling under heat wave conditions for the last few days. Four people have already lost their life in Rautahat due to the high temperature. According to Meteorological Forecasting Division, Simara recorded 39 degree Celsius, Bhairawa 40.2, Janakpur 40.2 and other districts in South were above 35 degree.

Similarly, the state of Bihar of India has been reeling under heat wave conditions for the last many days. In fact, hot weather with high humidity level has been a deadly combination for the residents lately.

The breaking news is, heat wave in Bihar claimed 17 more lives on Sunday, thus raising the death toll to 61. These deaths have been reported from mainly three districts of the state i.e Aurangabad, Nawada and Gaya, that had reported 44 fatalities till Saturday midnight.

Since Saturday, the highest number of deaths have been recorded from Aurangabad at 30. Then comes 20 from Gaya 20 and 11 from Nawada. These figures have been provided by the state disaster management department. Most of the postmortem reports have blamed heat wave, as the cause of deaths. Majority of these deaths included those who are above 60 years, who couldn’t battle the heat wave conditions that gripped Southwest Bihar, on Sunday.

According to our weathermen, pre-Monsoon rains have remained almost absent from the entire state. The state had witnessed only few showers and that too remained confined to few places such as Bhagalpur, Purnea, Araria and Supaul.

On the other hand, western and southern districts of the state including Patna, Gaya and Nawada had remained mostly dry, barring one or two occasional showers. Other than this, no good rains have been recorded over the state right from mid of May until now.

Thus, in the absence of significant rains, temperatures are on a continuous rise, wherein Mercury is still near 45 degree mark in Patna and Bihar. Moreover, due to dry weather and easterlies from West Bengal, humidity levels have been significantly increased. Most places are under the grip of severe heat wave conditions, at present.

Usually, Monsoon covers half of Bihar until June 15. However, until now, it has only made its presence felt over the northern parts of West Bengal. The delay can be attributed to the slow progress of Monsoon in South India.

According to our meteorologists, Monsoon would take some more time to reach the state of Bihar. Until then, the residents have to battle hot weather conditions with high humidity levels.

Rain And Thundershowers Is Likely In Eastern Nepal By NEW SPOTLIGHT ONLINE 21 hours, 21 minutes ago

Weather Forecast For May 31 Across Nepal By NEW SPOTLIGHT ONLINE 1 day, 22 hours ago

Onset Of Southwest Monsoon Over Kerala By NEW SPOTLIGHT ONLINE 2 days, 21 hours ago

Generally Cloudy Throughout Nepal Brief Rain and thunder Showers In Some Places By NEW SPOTLIGHT ONLINE 3 days, 22 hours ago

Generally Cloudy In The Hilly Regions of Nepal By NEW SPOTLIGHT ONLINE 4 days, 23 hours ago