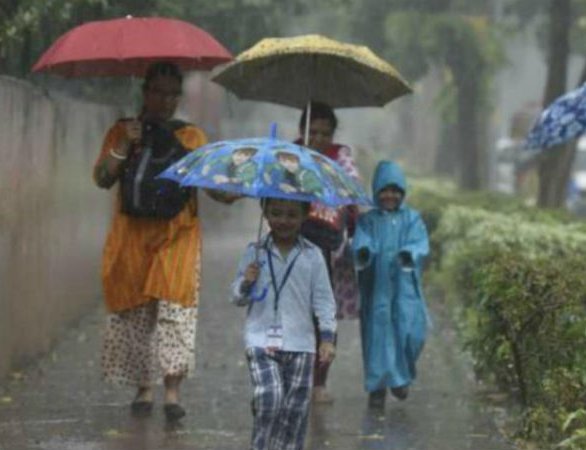 In its week long forecasting, the division said that there will be more rain in different districts as the monsoon enters.

After remaining absent for quite some time, rains have finally returned to Nepal. During the last 24 hours, manh part of Nepal have recorded scattered rain and thundershower activities.

According to division, rains will now significantly increase and we expect light to moderate rains in many parts of Nepal, along with isolated heavy spells. These rains would also mark the onset of Southwest Monsoon.

”Moreover, these activities would help in controlling the soaring temperatures and the residents would observe a major relief from hot and dry weather conditions. Bihar was reeling under severe heat wave conditions in the recent past and also had reported several causalities due to unbearable heat,” ays skymetweather.

”By June 24, rains will taper over the region and weather will once again go dry. Another spell is expected around June 26, however, during this period, the intensity would remain more over Bihar and we expect heavy rains to lash the foothills of Bihar such as Champaran, Sitamarhi, Bhagalpur, Purnea and Supaul. The interior parts such as Muzaffarpur, Patna, Gaya and Nawada would observe light rains. On the contrary, Jharkhand would record isolated light rains during this period.”

Right Rain Likely To Occur In Few Places Of Eastern And Central Hill By NEW SPOTLIGHT ONLINE 2 days, 16 hours ago