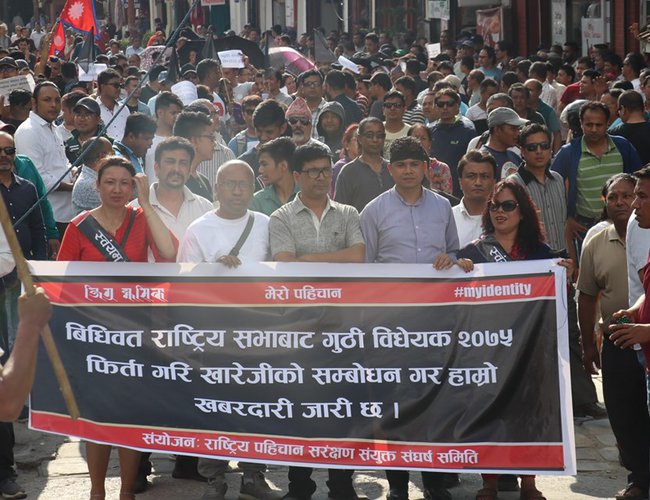 Hundreds of locals, especially people of Newar community, continue to their pressure rally demanding that the bill should be scrapped. Called by National Identity Protection Joint Struggle Committee (NIPJSC), the hundreds of people gathered in Kathmandu to join the protest rally on Monday.

Although Minister of Land Management, Cooperatives and Poverty Alleviation Padma Kumari Aryal has already registered proposal in the National Assembly to withdraw the bill.

The locals, however, have been casting doubts that the lawmakers might again move the bill ahead since it has not been formally withdrawn from the House.

Locals of Basantapur, Mangal Bazaar, Thimi, Saakhu, Balaju, Tokha and Bungmati, among other old Newari settlements, took to the streets today warning the government against any kind of cheating. 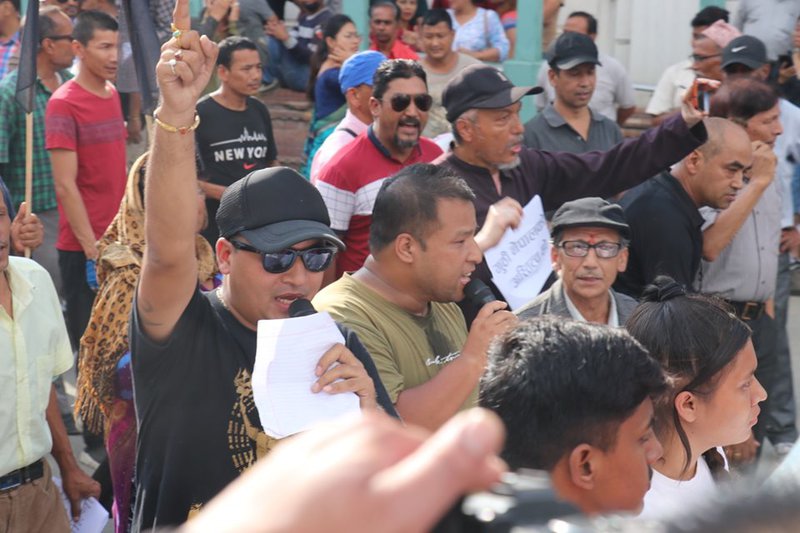 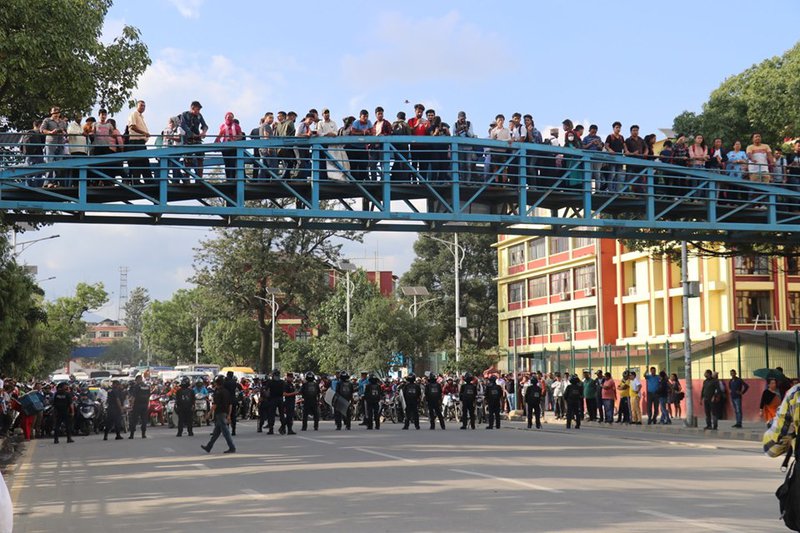 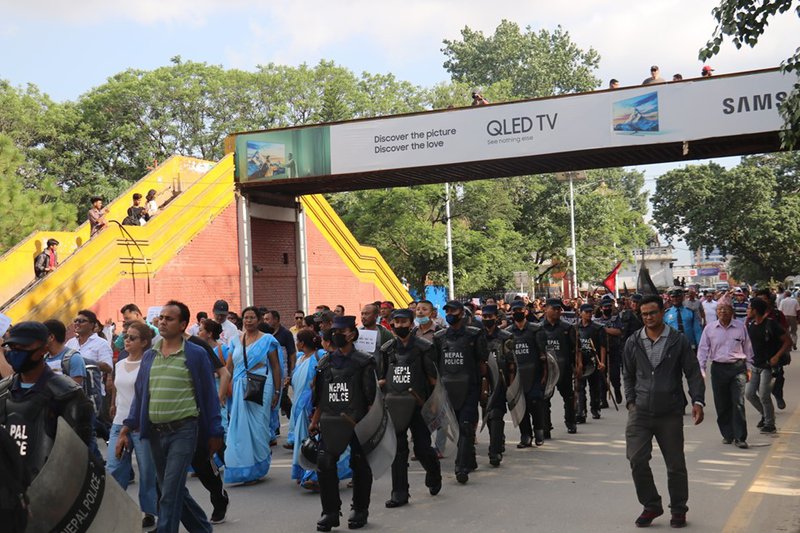 Covid-19 Could Be Under Control By End Of April: Chinese Expert By NEW SPOTLIGHT ONLINE 1 day, 7 hours ago