Generally Cloudy Throughout The Country, Light To Moderate Rain In Some Places

Generally Cloudy Throughout The Country, Light To Moderate Rain In Some Places

The hills of Sudurpachim Province and province 5 have been experiencing moderate rains with one or two heavy spells since the last two days. Province 5, in particular, has been observing heavy to very heavy rains, wherein Nepalgunj has recorded 100 mm of rainfall.

According to division, good rains are expected in two hilly states. Moreover, chances of water-logging, mudslides, and landslides cannot be ruled out.

These rains will be a result of a fresh Western Disturbance in the Western Himalayas. This strong system is moving eastwards.

By tomorrow, rains will start to taper in the region, with light to moderate rain continuing in some parts. The decreased rainfall activities will again make this hilly region ideal for tourists.

According to skymetwether.com, June 27 onward, a significant decrease in rainfall activity would be observed over the Western Himalayas. However, isolated rain would be a sight at one or two places. Most places will observe partly cloudy sky, with bright sunshine.

Monsoon 2019 has had a delayed arrival this time initially which is a week late. Monsoon remained sluggish, and weak thereafter resulting in very less rains over the region.

Mainly Fair All Over Nepal By NEW SPOTLIGHT ONLINE 6 hours, 10 minutes ago

Generally Cloudy In The Hill Areas Of Nepal By NEW SPOTLIGHT ONLINE 1 day, 4 hours ago 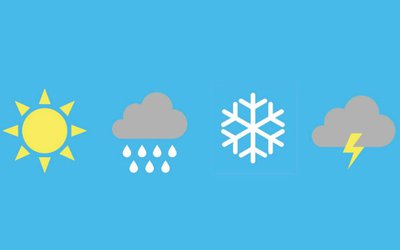 Mainly Fair Throughout The Country By NEW SPOTLIGHT ONLINE 5 days, 5 hours ago