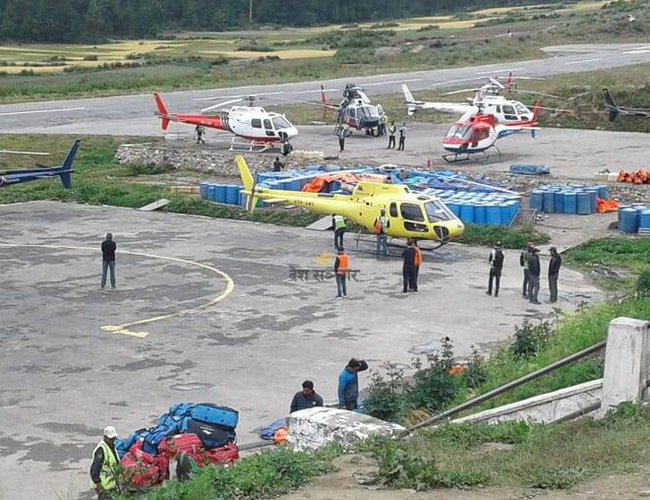 As there is a rush of Indian pilgrimage to travel to Mansarovar, the numbers of helicopter flying between Hilsa and Simikot has also increased. According to Humla Tower, every day 80 helicopters are flying between Simikot and Hilsa, a bordering town with Chinese Autonomous Region China.

With the onset of monsoon, there is regular disruption of flights in the last one week stranding more than hundred of passengers. Every day, the airlines have been flying 800-900 pilgrimage and 400-500 by helicopters from Simikot to Hilsa.

According to travel agencies, it is natural to disrupt the flights for a day or so because of hostile weather but the media blown the issue with out of proportion. "Pilgrimages, who are rush to back home after such a difficult trip, use social media to discredit us," said Nepali travel operator on condition of anonymity.

Just Wednesday, Press Trust of India reports that nearly 200 Indians on their way back home from the Kailash Mansarovar pilgrimage in Tibet are stuck in Nepal’s Humla district due to alleged mismanagement by private tour operators, pilgrims claimed today.

Every year, hundreds of Indians undertake the ‘yatra’ which involves trekking under inhospitable conditions. Holding significance for Hindus as the abode of Lord Shiva, it holds religious importance also for the Jains and the Buddhists.

“When we reached here (Hilsa), we had to overstay because several people who had come here prior to us were made to overstay by the tour operators. They have been here for three days; they are getting to leave now and we will follow after that,” Pankaj Bhatnagar, 40, said.

Bhatnagar, who hails from Derabassi in Punjab, said the facilities were inadequate to accommodate the number of pilgrims in Hilsa and intermittent rain was only compounding their troubles.

There are groups of people whose tour is being managed by different private operators who have outsourced the work locally, said Mayank Agarwal, 28, a pilgrim from Gurgaon in Haryana.

“There is no regulation in the number of people arriving here. The number of pilgrims being brought here is just increasing. The facilities are not even bare minimum. The tour operators are not responding,” Agarwal, who accompanied his parents on the pilgrimage, told PTI over phone. Tour operators in India, however, said that the overstay of some pilgrims was caused as helicopter operations between Hilsa and Simikot had to be halted in view of bad weather.

“The flight operations there are totally dependent on weather. Now, with weather conditions improving, pilgrims are being sent to Simikot. However, those who arrived in Hilsa first will get to depart first, except in cases of medical emergency and elderly people, who get preference. The movement is on and there is no problem,” Yatish Kumar of Noida-based Global Connect Hospitality said. 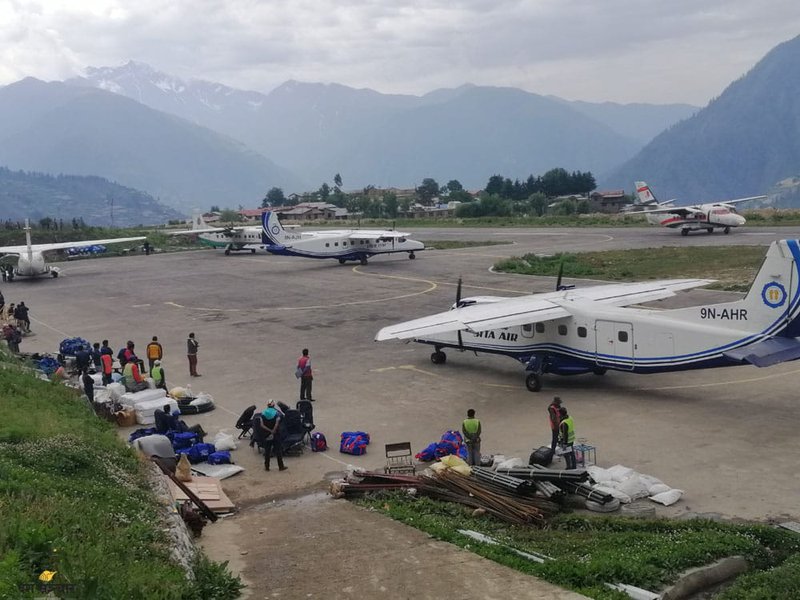 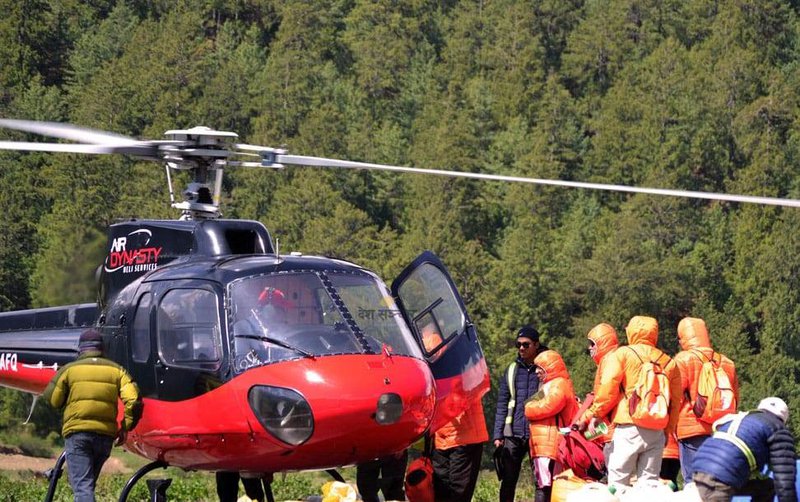 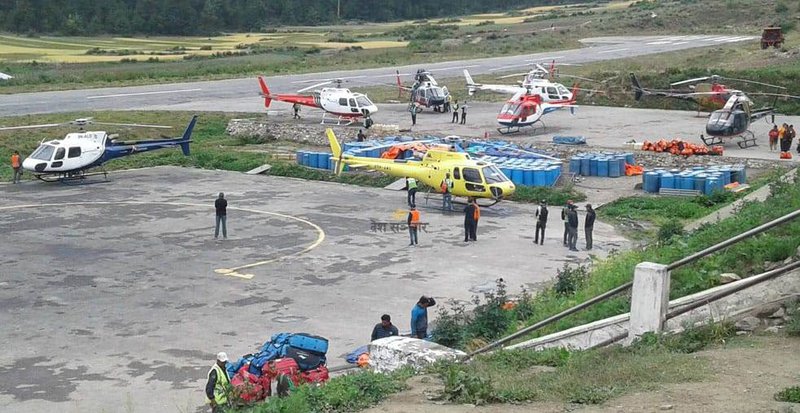 Third Repatriation Flight Of The French Nationals, Their Families And Other Europeans And Non-European Nationals By NEW SPOTLIGHT ONLINE 2 months ago

Kathmandu Marriot Hotel Lights Up In Love And Hope By NEW SPOTLIGHT ONLINE 2 months, 4 weeks ago