Known for his gentle and sober personality, Ambassador late Prabal Shumshere Rana, who died last week, has many followers. 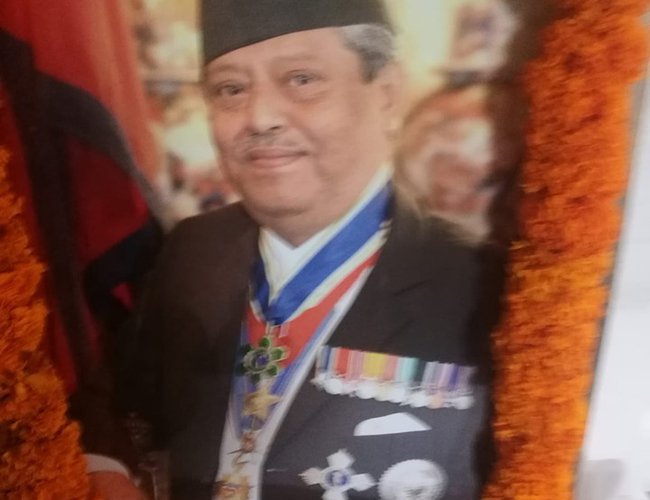 Known for his gentle and sober personality, Ambassador late Prabal Shumshere Rana, who died last week, has many followers. “In our Foreign Service, late Rana was possibly the only person who had access to best educational institutions throughout his academic life. It is an irreparable loss to the Service n country as Prabal Raja as we used to respectfully address him, was a diplomat of quality, content, substance n repute. With a unique n inimitable style of his own, he inspired us for a long time n used to be our repository n depository of information on Rana family, protocol, interior decoration n diplomatic history. This is the reason that his sad demise is a colossal loss to us on personal terms too,” writes former foreign secretary in his face book wall.

“We had a rare occasion to attend one dinner hosted by his father General Kiran Shumshere in honour of an outgoing ambassador at Kiran Bhawan almost immediately after joining the Service in the second half of seventies. We vividly remember General Kiran saying that his son Prabal Rana joined the Foreign Service as only the third or fourth choice.

The first preference was of course the Nepal Army, the most preferred destination of Ranas for centuries. There was almost a final decision to send him to Sandhurst for training. To the obvious chagrin of his illustrated father who made name n fame in the army, Prabal did not like to use this option for his career.

General Kiran after due consultations with other family members n near relatives, then toyed the idea of sending him to Pusa, India for a course in agriculture to use him in setting a modern agro farm, one of the pet projects of his father taking into account considerable landed properties the family owned in Terai. Somehow, this second avenue for his career too did not appeal Prabal. Then he was allowed to pursue his preferred subject of history.

While Prabal Raja was considering to make a career possibly in the field of education after completion of his courses, Jharendra Narayan Singha who was married to the daughter of Bikram Shumshere n hence related to Prabal, was serving as First Secretary both in New Delhi n London respectively, places where Prabal had higher education, inspired him to join the diplomatic service.

We can see lots of similarities between these two sophisticated diplomats with Prabal winning more hearts through his more graceful manners. It is also to be noted that when Singha wanted to marry Bhuban Rajya Laxmi as second spouse after his first marriage with Nayan Rajya Laxmi, it was Prabal who was there to support him during the difficult part of his life as Singha once confided to me. Both the eminent diplomats must now be checking and showing their notes as well as exchanging their thoughts on their preferred areas from protocol to sartorial areas in heaven. The rest is history, diplomatic history n history of international relations n protocol.

Once again our prayers to Prabal Raja for eternal peace in heaven n our heartfelt condolences to the bereaved family. We also take this opportunity to remember Madam Shanti Rana, a fantastic spouse of Prabal Rana who predeceased her husband 23 years ago, and a perfect combination to Prabal as the best half that is required for a diplomat. Incidentally, both Shanti n Prabal were grandchildren of Juddha Shumshere, the fourth longest ruling Rana Prime Minister.