Niranjan Koirala Is No More

Niranjan Koirala Is No More 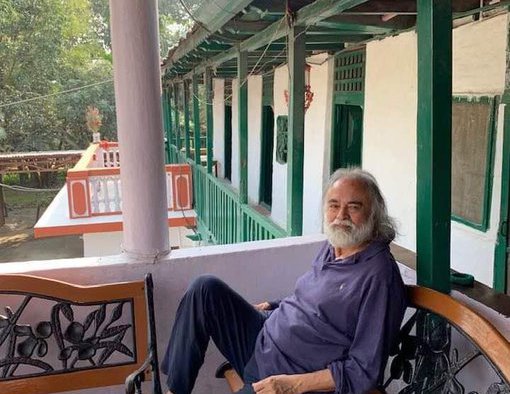 “Met so many Florence Nightingale in these last few days in my ICU unit at the Max. Can’t see their faces as they are wrapped head to toe in protective garb, but I can feel their care and love and I now know much more than before how beautiful they are......Once out, I hope I can love them back the same way..... Thanks for all your love and support- expressed or not,” late Niranjan Koirala wrote in his FaceBook Wall.

Although he stayed almost a month in hospital for the treatment of COVID-19, Koirala died today with his unfulfilled status update to see those nurses who take care of him.

“Our dearest father, Babi, has departed for his next journey to a heavenly abode this morning (Jan 3, 2021). Friends and family who wish to pay their last respects can do so either at his residence, Keventers East, Keventers Lane, Sardar Patel Marg, New Delhi, between 2:15-3 pm or at Nigambod Ghats where the funeral will take place at approximately 4 pm. Due to Covid, we understand that people need to remain cautious and safe. Therefore, you may attend in person if you wish but it would be just as grateful if you can say a simple prayer in his name from wherever you may be,” declared his two sons Himanshu Koirala and Bhaskar Koirala through their Facebook status.

In his tweeter account, Dr. Shekhar Koirala, Nepali Congress leader and brother of late Niranjan Koirala, announced the death of his respected brother Niruda in a hospital in New Delhi. He said that Niranjan Koirala’s death makes his family and nephew's guardian less.

In Nepalese politics, eldest son of late Keshab Koirala and mother Nona Koirala, who had major contributions in Nepali politics and suffered a lot following Royal took over of 1961 and dismissal of B.P. Koirala government, Niranjan Koirala had seen all the ups and downs in politics.

For a long Koirala remained in shadow spending his carrier tourism and hotel sector, his name suddenly came out in public after his appointment as political advisor to the Ministry of Tourism and Civil Aviation Ram Hari Joshi in the first government led by Girija Prasad Koirala.

Having no experience in bureaucracy, late Koirala, a politically very knowledgeable person, landed in controversy without reason. G.P. Koirala’s adversaries used Koirala's inexperience to attack the government. He remained out of contact after the death of his wife and spent most of his time in New Delhi with his newlywed wife.

A person fond to travel and taste of food, Koirala has been traveling to different parts of the world including India in recent years.

Although he has gone out of Nepal’s contemporary political spectrum after taking a short official position as a member secretary of Formerly King Mahendra Trust for Nature Conservation renamed Nepal Trust for Nature Conservation in 2006, late Koirala, the elder son of late Keshab Koirala and Nona Koirala, is a person within Koirala family to have vast information regarding political movement of Nepal.

Late Niranjan Koirala, who is popularly known as Niruda in his family, has encountered a great family tragedy when his wife died in a Thai Air crash in Nuwakot in 1994.

Having contributed immensely to the democratic movement of Nepal, only a few remembered his father Keshab Koirala and mother Nona Koirala, late Niranjan Koirala also dies due to infections of coronavirus and criminated in front of a small gathering in New Delhi.

Nepali Congress (NC) leader Dr. Shekhar Koirala after his brother Niranjan was said to be critical.

With the death of Niranjan Koirala, much important memory of Nepal’s political movement also gone with him. However, he left a legacy in Nepali Congress as a person of decency, knowledgeable and friendly.

In his Facebook status, Kamal Koirala, a cousin of Niranjan, wrote on his Facebook wall I was deeply saddened when I heard the passing away of my brother Niru ( childhood name) Niranjan Koirala wall I heard about his birth in Biratnagar and I heard today his death in New Delhi.

SHINZO ABE A Legacy Ends In Japan By A Correspondent 6 months, 2 weeks ago