The study had identified Kurule as the appropriate site for diversion of the entire flow of the Sun-Kosi river including the Dudh-Kosi flow onto Terai. 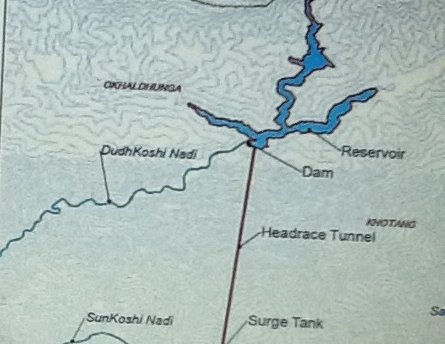 It was indeed a great historic achievement that our then government was able to convince India to revise in 1966 the Kosi Treaty. The revised treaty has granted our country absolute right to use the entire water of the Sun-Kosi basin for irrigation in our Terai. The total dry season flow of the Sun-Kosi including the flow of the Dudh-Kosi river is needed to meet the demand for irrigation of the Eastern Terai region extending from Kosi river to Parsa in the west.

The 1966 Revision of Kosi Treaty

The Gandak River Treaty signed between Nepal and India in 1959 had completely curtailed our country’s right to use freely the water of rivers in Gandak basin within our territory except in three months of the monsoon season when all Gandak tributaries are in full spate. There was a widespread condemnation of that Treaty within Nepal. Few years later our country started serious negotiations with India to revise the Gandak and Kosi treaties.

Very few know about the revision of the Gandak and Kosi treaties. The Gandak Treaty was revised in 1964. After this revision the restriction imposed on use of Gandak water in Nepalese territory has been considerably relaxed. Next, our then government succeeded in securing the revision of the Kosi Treaty. The 1966 revised Kosi Treaty is a landmark treaty entitling Nepal absolute right to use the entire water of the Sun-Kosi and the Kosi river in whatever way Nepal may wish. Thus, India has without any reservation recognized Nepal’s absolute right to use the entire flow of the Kosi and its tributaries.

Surprisingly, there is still a hangover of the bad feeling among most of Nepalese from the 1959 Gandak Treaty biased against Nepal’s legitimate right. Still people suspect foul-play in Kosi Treaty.

Thus the revised treaty allows Nepal to draw for irrigation or any other purposes the entire flow of the Kosi even to the extent of drying up the river and virtually to cut off totally the water supply to the existing Kosi barrage and also to any other barrages to be built in India in future. It should be remembered that Nepal would have to use for irrigation the entire dry season flow of the Sun-Kosi and Dudh-Kosi river if multipurpose storage dams are not built to augment the dry season discharge.

The site of the Sun-Kosi dam to be built for diverting the entire flow of this river onto Terai plain had been identified based on several past studies. The dam site is located just downstream of the confluence of the Sun-Kosi and the Dudh-Kosi rivers that would allow the diversion of both these rivers. The place is called KURULE. Renowned expert on Himalayan geology Dr. J.B. Auden was initially involved in selection of this dam site,

The first technical team investigating the Kurule dam site in 1947 was led by renowned hydraulics expert Dr. N.K. Khosla from the Government of India. The team found this site to be suitable for building even a high dam.

The idea of diverting Sun-Kosi for irrigation in Terai was first put forward in 1968. This study was conducted under UNDP/FAO assistance. The study had identified Kurule as the appropriate site for diversion of the entire flow of the Sun-Kosi river including the Dudh-Kosi flow onto Terai.

A Master Plan study on the Kosi river water resources was prepared by JICA technical team in 1985. The study has identified Kurule as the site for the diversion of the Sun-Kosi onto Terai.

Motherland Vs Fatherland By Hemang Dixit 1 day, 8 hours ago