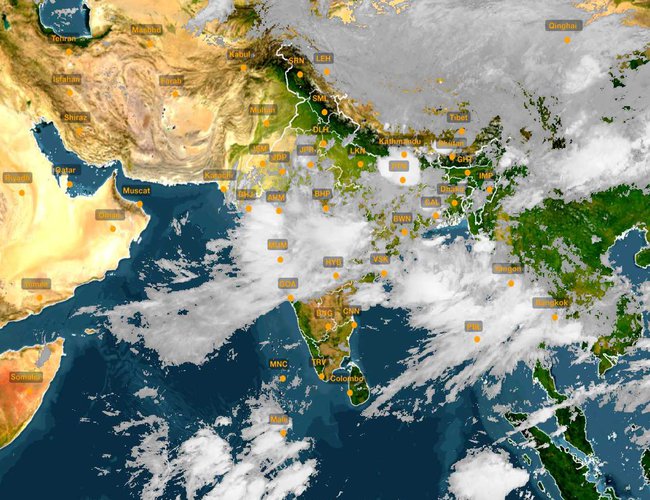 Despite the onset of Monsoon, Nepal is yet to receive good rains. The indication is that there will be likely to see heavy to very heavy rains in Eastern hill adjoining with Sikkim.

Nepalese weather experts are saying that there will likely to see good monsoon rain in coming week as the monsoon is active now in entire eastern parts of India and it is moving to west.

In Indian north eastern state, there recorded heavy rain. According to skymetweather, these rains were due to an East-West Trough extending from Northwest India to Arunachal Pradesh across Sub-Himalayan West Bengal and Assam. Also, humid winds from the Bay of Bengal were blowing over Northeast India.

Weather Forecast For April 1 Across Nepal By NEW SPOTLIGHT ONLINE 5 hours, 1 minute ago

A Fresh Western Disturbance Is Over Nepal By NEW SPOTLIGHT ONLINE 5 days, 4 hours ago