Copa: Messi Can Change The Semi Final Match Against Brazil

Copa: Messi Can Change The Semi Final Match Against Brazil 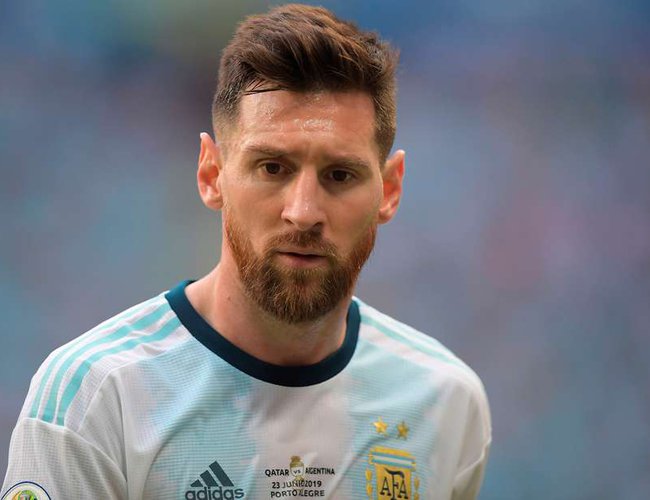 Hosts Brazil meet Argentina in Belo Horizonte for a place in Sunday's final.

Messi has scored once in the tournament - from the penalty spot - and has said he is not playing at his usual level.

"He is the best player in the world and he still could spring to life," said Paris St-Germain defender Silva.

Argentina have reached four of the last five Copa America finals but have not won the tournament since 1993, and have struggled to hit top form in Brazil.

They opened in Brazil with a 2-0 defeat by Colombia in Salvador before Messi's penalty earned a 1-1 draw with Paraguay.

Argentina only advanced to the quarter-finals after beating Qatar 2-0 before they saw off Venezuela by the same score.

Messi, 32, had three shots during the last-eight win over Venezuela, none of which hit the target.

"The truth is I'm not having my best Copa America," said the Barcelona forward, who has yet to win a major international title with Argentina.

"It's always very difficult for us because we want to do something different and attack and teams pack out the middle of the pitch."

Brazil are eyeing a first Copa America title since 2007 but Silva remains wary of the threat Messi still poses.

"We will have to be especially focused on him when we have the ball and when we don't," added the former AC Milan player.

"Sometimes he can be at walking pace during a game but he's always looking for space to launch a counterattack.

"It's a privilege to be able to face him again and we'll have to try and put the brakes on him."

The other semi-final is between holders Chile, seeking a third successive Copa America title, and Peru in Porto Alegre on Thursday.