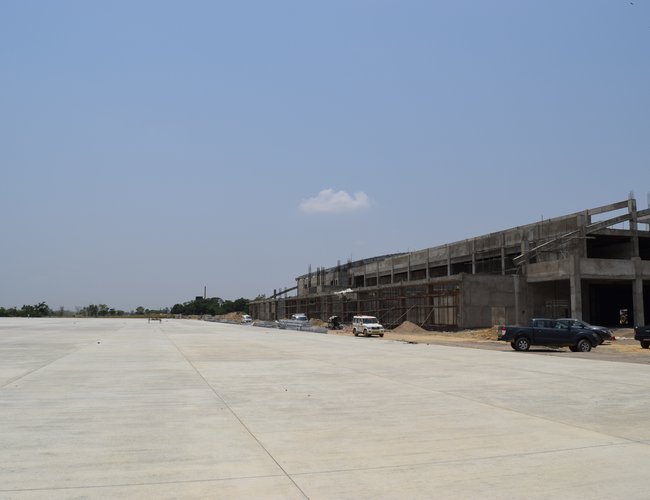 At a time when the country has been passing through several bleak scenarios, including the delay in the completion of development projects, one exception, close to completion, is Gautam Buddha International Airport (GIBA). GIBA rose from a virtual a state of collapse to show how a project can be revived even from the brink of such a situation. Constructed under the financial support of Asian Development Bank, GIBA is going to be a nationally and strategically significant achievement for Nepal. Apart from promoting tourism and economic activities in the region, the airport will be an alternative to Tribhuwan International Airport as well. Although there are several issues to write about, we have decided to write about GIBA as the cover story of this edition.

Following the decision of the government to withdraw the Guthi Bill, the controversy and resistance of the people came to an end. However, this type of public pressure will rise again in case the concerned ministries register the bills without broader consultation and consensus. Guthi Bill has taught a good lesson to the concerned ministers that there is the need to have intensive consultations with public stakeholders to bring the new bill. Although this is the time for the concerned ministers to work cautiously, ministers have been indulging in several insignificant issues. With the intervention of Prime Minister KP Sharma Oli himself, a major crisis was averted at the last minute. Media persons have been holding the demonstrations demanding withdrawal of Press Council Bill and Media Bill. Similarly, former vice chancellor of Tribhuwan University opposed the University Umbrella Bill. From opposition to civil society and common people are opposing the government. At a time when there is growing opposition and disenchantment of the people, Prime Minister K.P. Sharma Oli needs to review the whole affairs, including the performance of ministers.

US Democracy Is Under A Threat By Keshab Poudel 1 week, 2 days ago

Dissolution In Apex Court By Keshab Poudel 3 weeks, 4 days ago

Populist Budget By A Correspondent 1 year, 7 months ago